1.2 The Time of Valdemar and its Aftermath

The first important period for Denmark commenced in 1157, when King Valdemar I (1131-1182) brought stability to a country disrupted by civil war, a trend that continued under his two immediate successors [1]. One important change implemented by Valdemar was that the people no longer elected the monarch but, from 1170 on, the church appointed the king. This change in effect heralded the arrival of a hereditary monarchy. These powerful rulers, aided by equally powerful clergymen such as Archbishop Absalon of Lund (c. 1128-1201), unabatedly continued their quest for centralized power. To this end Absalon founded a strong settlement which, under the name Copenhagen, was later (for the court continued to travel until the end of the 16th century) to perform a pivotal function in the northern kingdom [2]. In 1254 the settlement received city privileges. At the same time rulers became ever more independent of their feudal liege, the Holy Roman Emperor, and began to claim ever more land in Mecklenburg, Pomerania and the Elbe region over to Lübeck. Thus around 1220 Denmark owned the entire Baltic coast all the way to Estonia. A subsequent border correction that drew the border at the Eider River, created a mixed territory of Danes and of Saxons coming from Holstein which was to have major historical consequences in the 19th century. Valdemar II (1170-1241) then consolidated internal, royal power by also acquiring legislative power. The old principle of equality of the Vikings was lost, to be replaced by a land with three estates based on law, with serfdom forbidden.

The result was greater economic growth. In its wake came a burgher society with increasing freedom and urbanization, like elsewhere in Europe. However, the development was the opposite in the countryside, with free farmers more and more forced to transfer their land to the nobility or church so as to be able to meet their obligation to pay taxes. In the process the formerly free farmers lost that freedom and were more and more required to work in exchange for food and protection. This system of servitude was to last until the 18th century.

The Valdemar era came to an end when the sons of Valdemar II disputed the inherited succession with one another. A direct result was that the duchy of Schleswig fell into the hands of one of the (illegitimate?) dukes and became ever more involved with Holstein. To gain the recognition of Schleswig and Holstein in 1467, King Christian I (1426-1481) had to swear that the two duchies would never again be separated.

The rulers of the 14th century lost ever more ground to the nobility, which was to have grave consequences for the nation and very nearly caused the Danish realm to fall apart. As a consequence Denmark was reduced to its own territory and all foreign soil, such as the Baltic coast, was lost. Attempts of a powerful king, Valdemar IV (1320-1375), to reverse this development resulted in Sweden, Schleswig, Holstein and the Hanseatic League sealing a pact and forcing the king of Denmark to accept the Peace of Stralsund, which greatly strengthened the commercial position of the Hanseatic League. 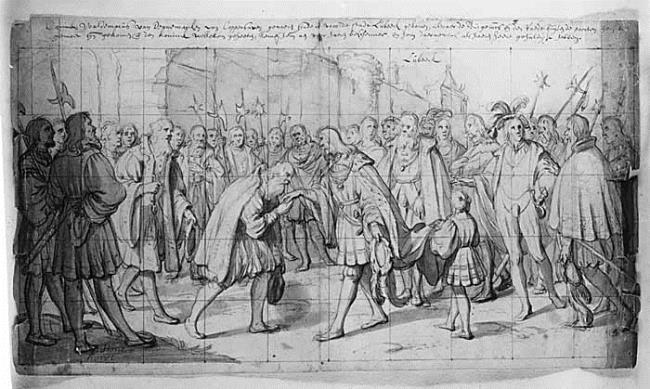 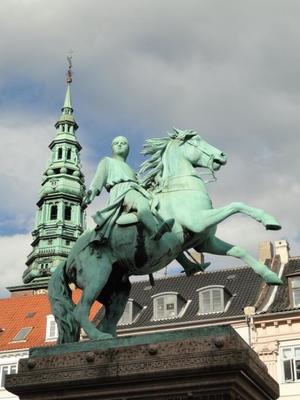