There is little to be said about Dutch-Danish landscape painting. One of the earliest examples, attributed to one Johan van Wijck, is a view of the old Frederiksborg Castle (Gripsholm), which is more or less comparable to the early Dutch landscapes by the likes of Esaias van de Velde [1].1 We also recall the landscapes in the background of the small pictures by Adriaen Muiltjes, which represent a slightly later stage of this kind of art.

It was not until the end of the century that Dutch landscape painters became acceptable at court and of use to the circles that were interested in art in general. In 1682 Johannes Glauber (1646-c. 1726) left Hamburg for Copenhagen for a half year, called there by [Ulrik Frederik] Gyldenløve.2 More important are the two Jacob Konincks, father and son, whose works in this genre are again difficult to differentiate because it is not certain to which of the two the documentary information applies. The younger Koninck [who spelled his name Coning, ed.], was sent to Norway to paint various cities which the king had visited in 1685 [2].3 In Denmark he immortalized Gyldenløve’s palace on canvas (1694; Frederiksborg) [3]. It is not a bad picture but weaker and more colorful than Dutch works of this time. The aspect of the prospect is strongly emphasized, and the perspective not altogether successful. The print cabinet has a preparatory drawing with a wild play of lines that betrays the hand of a lesser master [4]. 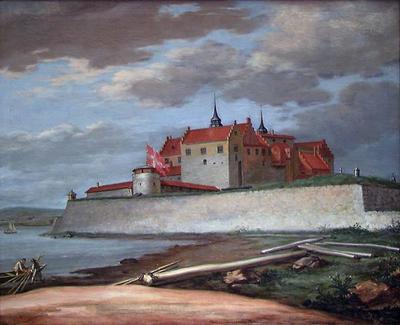 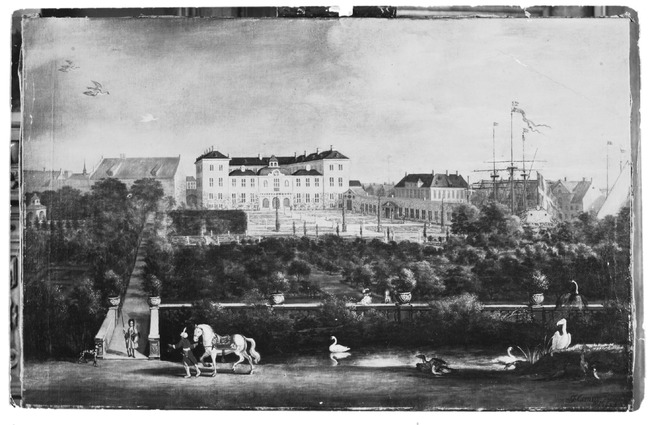 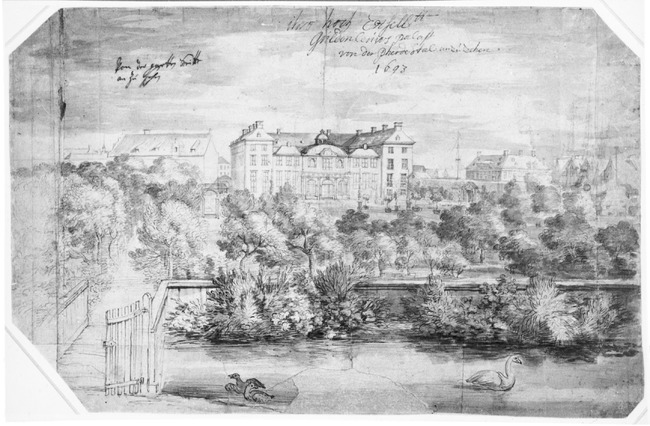 The Brazilian pictures by Aelbert Eckhout (c. 1610-1663/67), with their meticulous representation of native tribes, are landscapes of an unusual kind. In 1654 Prince Johan Maurits van Nassau-Siegen offered 26 such paintings to King Frederick III as a gift [5-14].4 The prince adds that they can also be used as models for copies. Two years later a Laurens Baratta (active 1629-1656) [15] had already copied the entire series!5 As thanks for the gift, Johan Maurits was awarded the Great Order of the Elephant [16].6 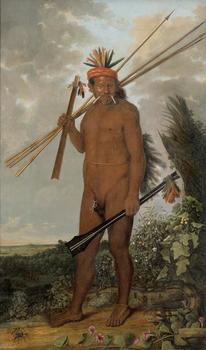 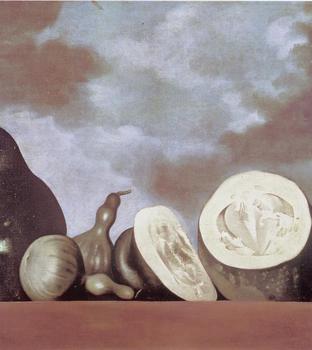 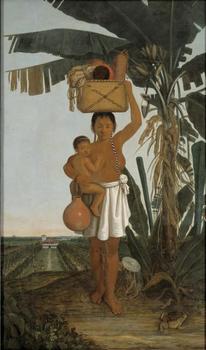 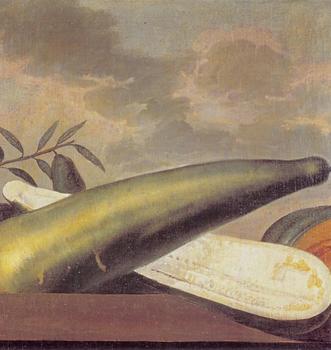 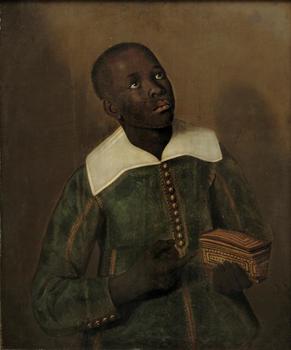 12
attributed to Jaspar Beckx or attributed to Albert Eckhout
Portrait of a man from Congo in European dress, with a braided basket with 'missangas' (kralen) in his hand, probably a servant of Dom Miguel de Castro, c. 1640
panel, oil paint 72 x 62 cm
Copenhagen, SMK - National Gallery of Denmark, inv./cat.nr. KMS 9 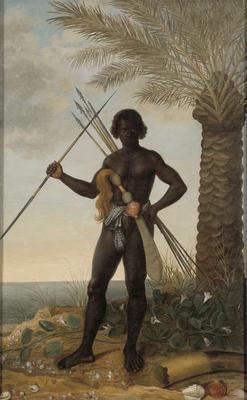 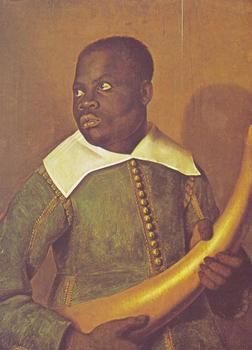 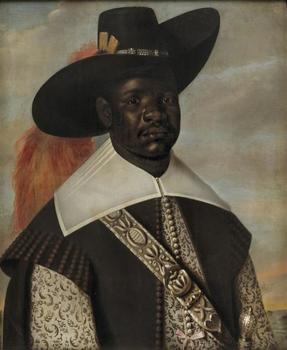 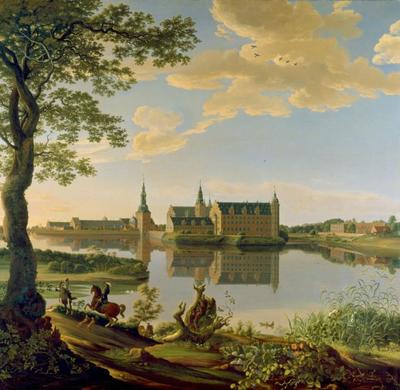 The Dutch marine draftsmen and painters probably also visited Danish waters at least once. We have a drawn view of Helsingør with Kronborg Castle (collection Bruce S. Ingram, London) by Hendrik Vroom [17].7 In 1658 Willem van de Velde I (c. 1611-1693) accompanied the fleet to make sketches of the battle on the Sound, which were intended to serve as models for paintings at a later date (sketches in Copenhagen and also a painting of 1661) [18-19].8 An unknown Peter van de Velde (1634-1722/23) had depicted this same battle in a painting of 1658 (Rijksmuseum) [20].9 Philip van Macheren (active 1651-after 1675) is also to have served as war artist with the Danish and Swedish fleets, but the pictures appear to have been lost. 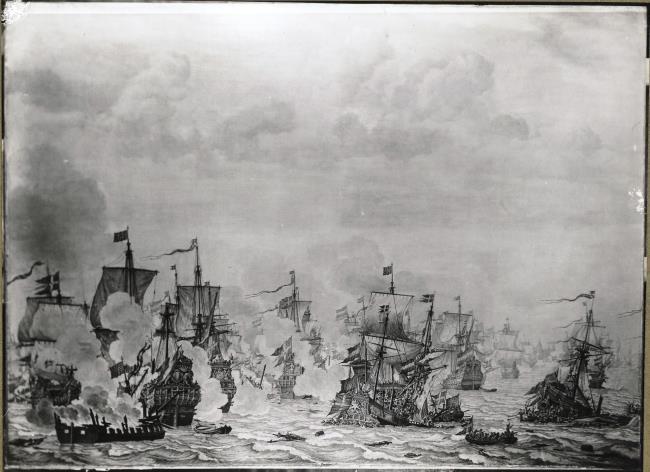 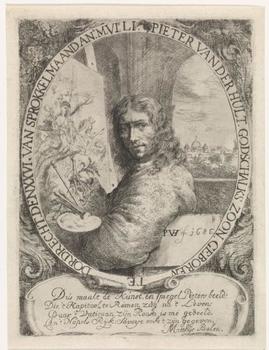 Towards the end of the century we encounter several practitioners of Netherlandish still-life painting in Copenhagen. Pieter van der Hulst IV (1651-1727) [21] was a gifted artist who was the author of several portraits [22].10 He also saw the animals that he painted with the eyes of a portraitist, be it a Dalmation that one can admire in the collection of Nivå [23] or a large bird which ‘had been captured in the ice between Sontholm and Amak’ (painting of 1695 in Rosenborg) [24]. 11 His works often go under false names. The mentioned hound used to be attributed to Aelbert Cuyp, and in the Cabinet des Estampes in Paris I saw monogrammed etchings identified as works by Paulus van Hillegaert I.12 Pieter van der Hulst lived in Denmark from 1691 to 1699, before returning to Dordrecht, his native city. 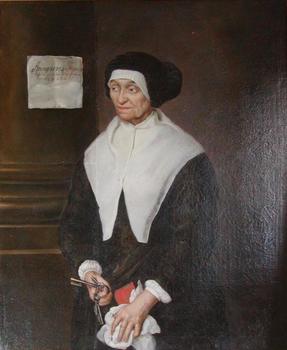 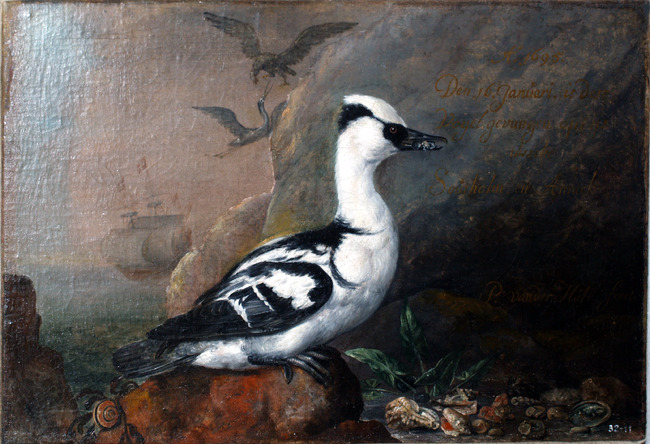 Whereas Van der Hulst belongs to the practitioners of the hunt still life, with which all hunt-loving great of the earth like to surround themselves, Cornelis Norbertus Gijsbrechts (active 1657-1675) represents the illusionistic still life in an exceptionally refined and – we do not hesitate to say it – unartistic way. His pictures must have been much sought after by lovers of the art of painting, since we still encounter them in many Danish collections. The high point of illusionism is represented by a picture rendered on both the front and back of a glass-covered cupboard, which creates a striking effect (Copenhagen, inv. 3076) [25]. Gijsbrechts probably worked in Copenhagen for only a few years, from 1668 to about 1672.13 One Claes Bellekin (1620-after 1675) continued his approach in Denmark to the end of the century [26].14 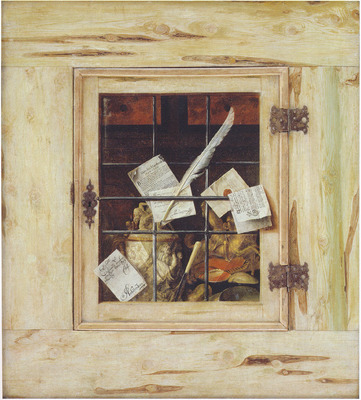 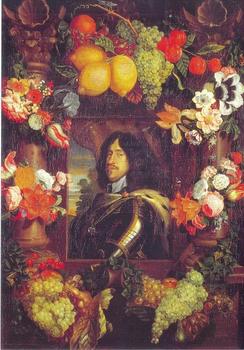 Nor does the flower piece go missing in this country. Ottomar Elliger I (1633-1679), born in Copenhagen (or Göteborg) and raised in Amsterdam and Antwerp, wrapped flower wreaths around portraits of Frederick III [27] and other individuals, while Jan Pauwels Gillemans II (1651-1704) decorated a portrait of Christian V in the same manner (Frederiksborg) [28].15 One ‘Conrad Contrafejer’ followed these models cautiously and meticulously, and when he had at last completed all the flowers, he signed his art work with his full name: ‘C.C.G. Conradt Invenit et Pinxit a 1672’ (exhibition Copenhagen 1891).16 Even if he is not a Dutch master, he is still someone who worked after Dutch models.17

When we report that even Emanuel de Witte (1617-1692) had a work for the ‘Croon van Denemarcken’ in progress in 1658, we can certainly say that Frederick III was an art-loving ruler who did not take satisfaction with portraits and curiosities only.18 De Witte’s picture was never delivered, however, although the Danish consul repeatedly admonished the painter.19 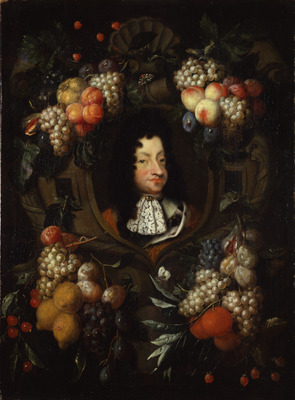 3 [Van Leeuwen 2015] On Jacob Coning and Johan Herman Coning, see § 2.13, note 3 and 4. Many Norwegian landscape paintings have already been added to RKD Explore. These works will be more closely considered in the Gerson publication on Norway.

5 [Van Leeuwen 2015] The Italian painter and printmaker Lazarus/Lornzo/Laurents Barat(t)a was active in Utrecht in 1628-1629. In 1652 he was in Denmark, where he painted a view of Frederiksborg (RKDimages 255833). Barata did not copy Eckhout’s works but treated them for purposes of conservation after their arrival in Denmark (Buvelot 2004, p. 145, note 111).

9 [Van Leeuwen 2015] The painting depicts the naval battle of 1658, but was painted in the 1670s (see dating). In view of the long period of activity of the Antwerp Peter van de Velde, it is very well possible that not one but two artists (possibly father and son) working in the same atelier are involved. Many of the paintings attributed to Peter van de Velde look like mass-produced work and would have one suspect that he also produced hackwork intended for export for dealer Guilam Forchondt (text M. de Kinkelder in RKDartists).

10 [Van Leeuwen 2015] It looks as if Van der Hulst painted mainly rarities while in Denmark. For instance, he made a portrait ofTycho Brahe’s housekeeper, who said is to have become 123 years old.

11 [Van Leeuwen 2015] However, Van der Hulst did not render the painting of the Dalmations in Denmark but after his return to the Dutch Republic. The painting only came to Denmark in 1911 (Madsen 1949). The painting of a bird carries the inscription ‘This bird was captured on 16 January on the ice between Saltholm and Amager / P. Van der Hulst fecit‘ (Ao 1695 / Den 16. Januari. Is dese / Vogel gefangen opt ijs / tusschen / Southolm. en Amack / P. Vander Hult. Feci’). We owe the identification of the two islands to Peter Kristansen (Rosenborg Castle, May 2014).