The history of the influence of Dutch art ends with its decline, and its causes were the same ones that also underlie stylistic developments in Denmark. With Jacques d’Agar (1640-1715) [1], who came to Denmark in 1684, and with Benoît Le Coffre (1672-1722, in Denmark in 1696)1 [2], courtly French art arrived and replaced the realistic Netherlandish oriented and schooled portraiture of the 17th century. The first signs of French influence began to take hold during the reign of Frederick III (ruled 1648-1670). The Danish Johann Georg Ziesenis (1716-1776),2 was a capable portraitist of the 18th century, whose Dutch stay of 1768 in no way led to a pursuit of Dutch features along 17th-century lines [3-4]. 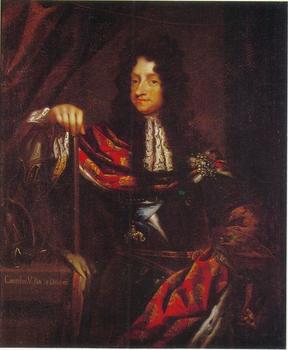 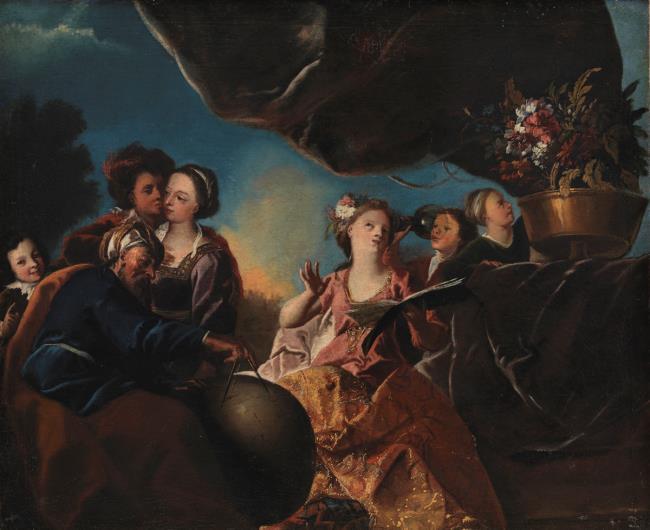 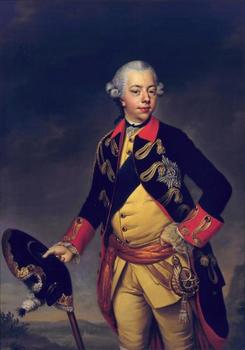 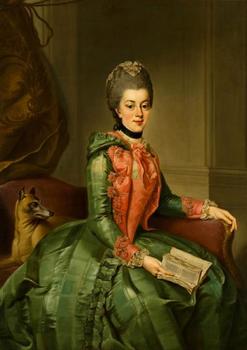 According to Madsen, Peter Cramer (1726-1782) was the first Danish artist whose paintings show true Danish characteristics. It is remarkable, however, that in an attempt to overcome French taste he practiced copying Teniers and the Dutch [5-7]. In other words, the realism of the Dutch was once more pressed into service, this time to help a young artist find himself. The genre pictures of Cramer’s last years [8] are reminiscent of French painters working in a Dutch style, such as Drolling, Lépicié and Chardin. 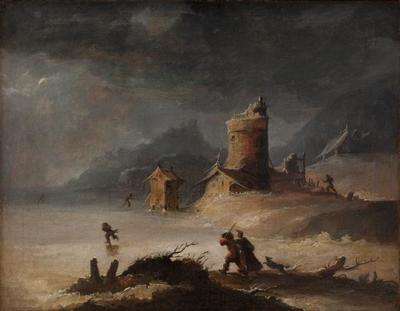 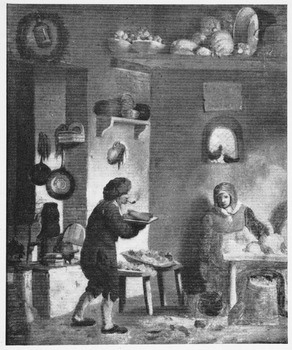 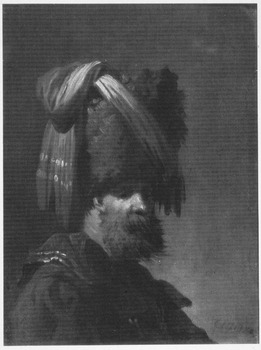 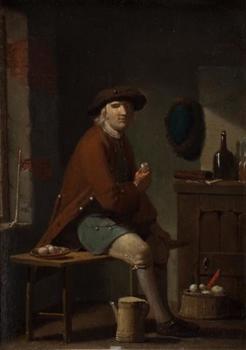 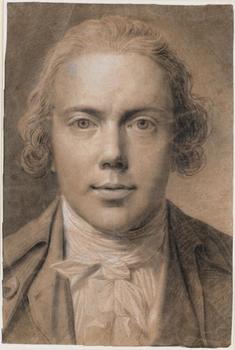 The work of Jens Juel (1745-1802) [9] disintegrates both stylistically and iconographically into two halves, portraits that are painted with French elegance and flower pieces in the style of Rachel Ruysch and Abraham Mignon, which often betray his Dutch schooling.3 Especially the early pictures (in Hamburg) show this clearly [10-12]. On occasion, he also painted pendants to Dutch still lifes (Copenhagen 449) [13-14]. The first landscapes also seem to incorporate reminiscences of the ‘old Dutchmen’ (Aert van der Neer) [15],4 which are soon lost, while the landscapes by Christian August Lorentzen (1746-1828) persistently cling to the late Dutch landscape style of Griffier-Saftleven [16-17].5 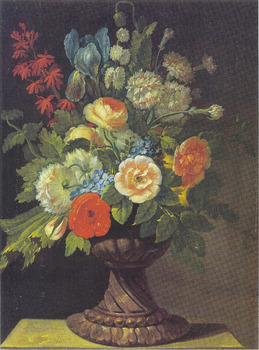 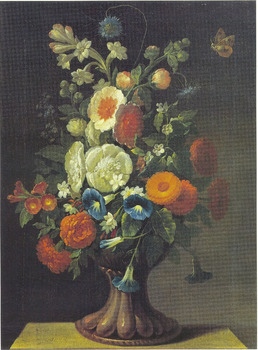 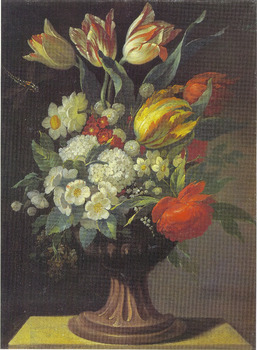 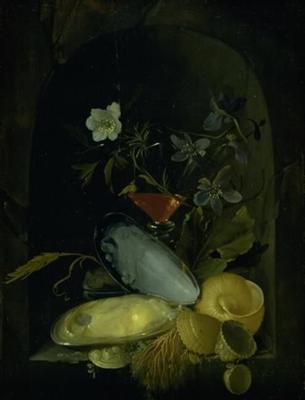 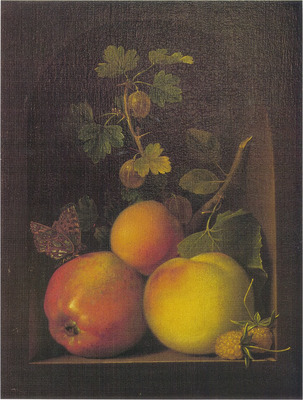 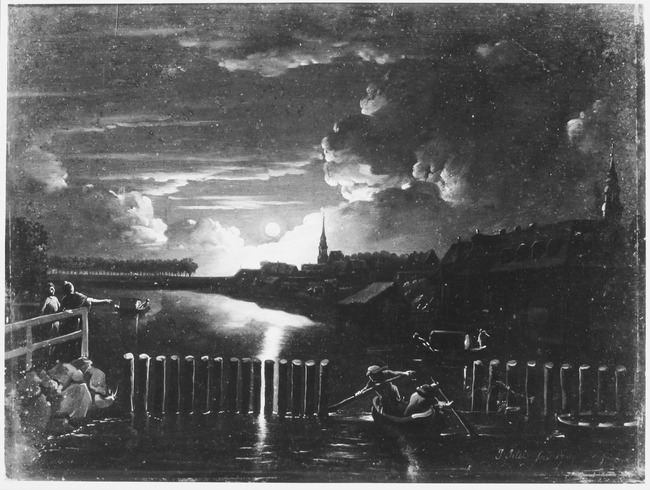 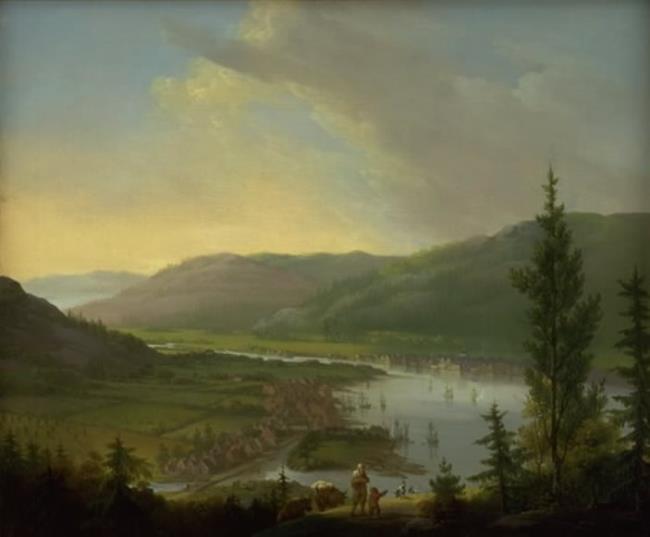 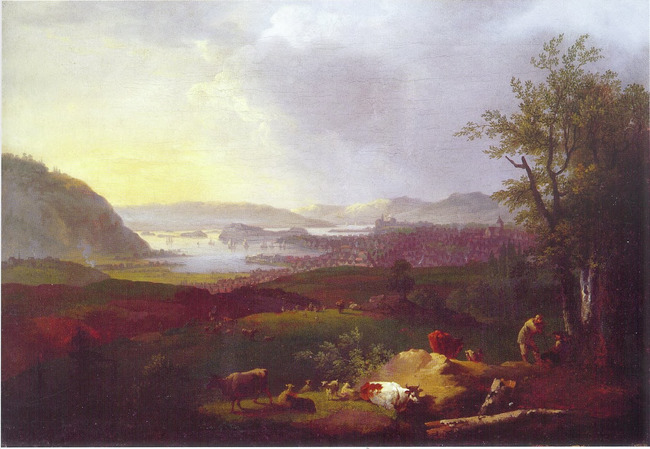 As young man, the famous Asmus Jacob Carstens (1754-1798) stood in admiration before Ovens’ historical paintings, and he also closely studied the old Dutchmen of the Moltke collection. In the Judith by the 25-year old painter, a picture in the taste of Schalcken, we encounter the result of his pursuit of a painterly style [18-19].6 However, the Classicist Carstens soon headed off in other directions. We do not have a second painting of this kind by him. 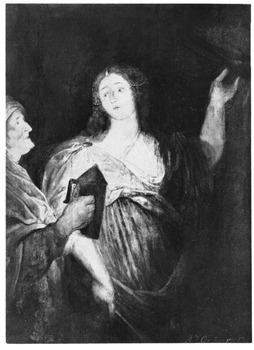 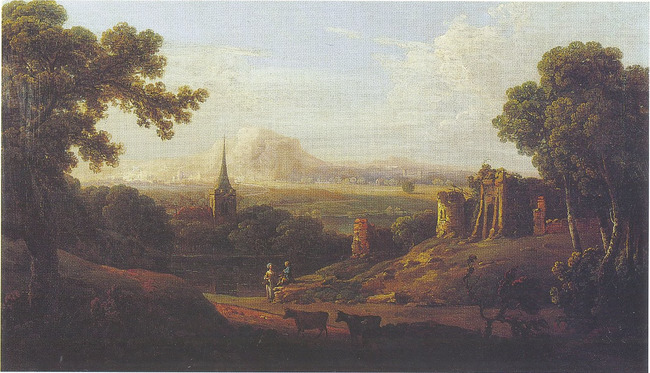 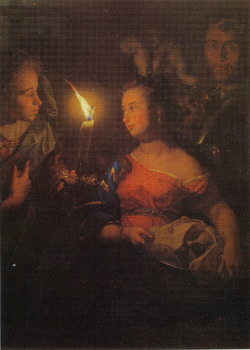 It is therefore in landscapes and still lifes that reminiscences of Dutch models are most likely to occur, even when artists such as Nicholas Thomas Dall (active 1757-1776) lean to the English school [20].7 The flower painter Claudius Ditlev Fritzsch (1765-1841), who came from Kiel to become a student at the Copenhagen academy, relied entirely on Dutch traditions [21]. As with many German painters, we observe in his case as well that the Mignon-Huijsum models become rigid and hard through simplification, so that one believes oneself faced by ‘modern’ pictures by Bosschaert or Savery. Many other flower painters of the 19th century, such as Johan Laurentz Jensen (1800-1856) [22] and Otto Didrik Ottesen (1816-1892) [23], reached back to models by Van Huijsum [24-25], the uncrowned king of flower painting of all times.8 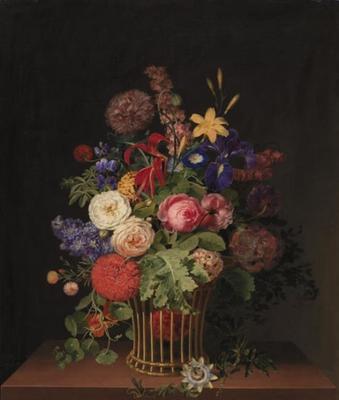 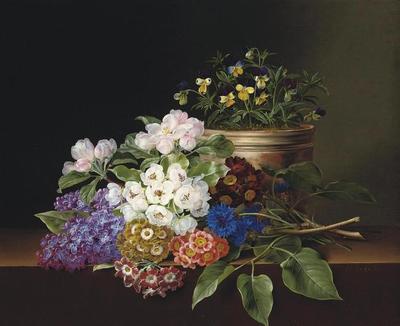 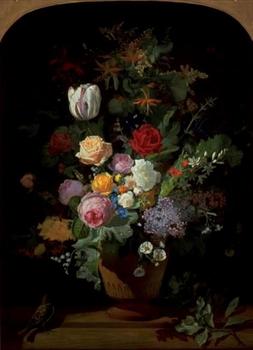 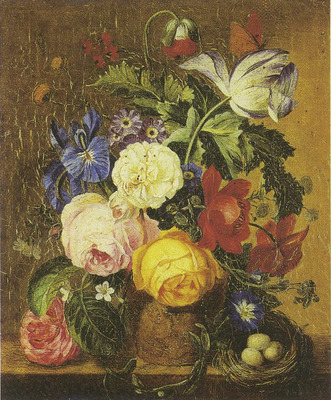 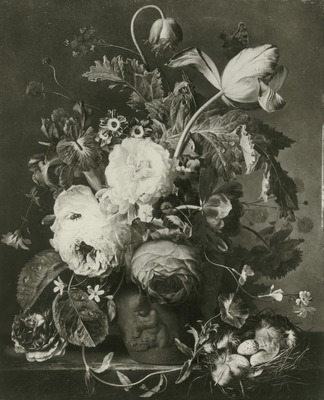 We close the line of non-contemporary admirers of things Dutch with [Christian] David Gebauer (1777-1831), a student of Lorentzen. Though he came from Silesia, he was almost continuously active in Copenhagen. He took his horses from Wouwermans [26] and cows from Cuyp and Potter [27], and used them to compose skillfully idyllic pictures, although ‘he studied museums more than nature’ (pictures in Copenhagen). 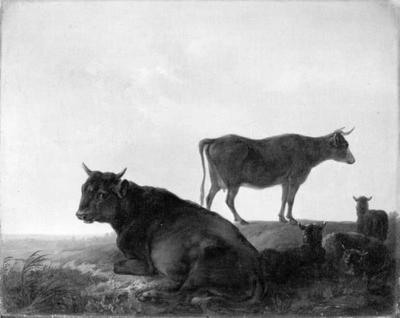 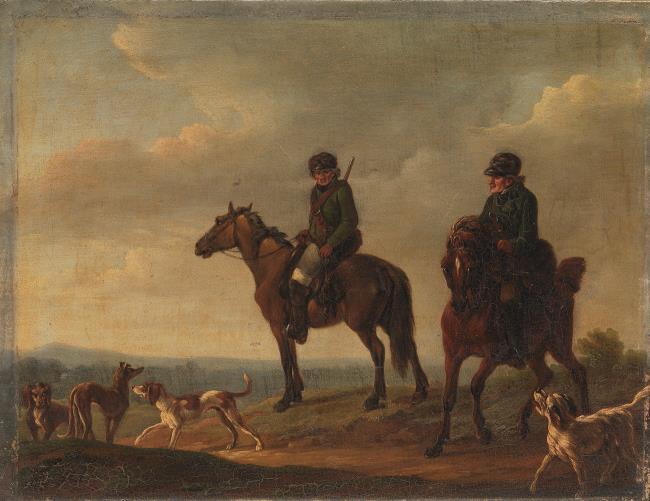 1 [Van Leeuwen 2015] Le Coffre was Danish, but his father was a French immigrant (the stucco worker Claude Le Coffre). Bendix was trained in Paris. See Grandjean 1984. For the importance of Dutch painting of the 17th century for Danish painting of the 18th and 19th century, see Rønberg 1997, Monrad 2001 and Rønberg et al. 2001.

8 [Van Leeuwen 2015] Jensen was taught to emulate Van Huijsum by Cornelis van Spaendonck in the porcelain factory in Sevres. Ottesen made his copy in smaller format after Van Huijsum during his stay in Dresden in 1855 or 1856.