2.4 The Castle Chapel of Frederiksborg

Since much has changed at Rosenborg, we are no longer able to develop a complete picture of the original ‘Netherlandish’ décor. At any rate, several works have survived, albeit dispersed and occasionally damaged. The situation is worse in the case of another commission. Works that Dutch artists painted for the oratory of Frederiksborg were all lost to a fire of 1859. We know that Pieter Isaacsz supplied commissions for this project to Werner van den Valckert, Evert van der Maes,1 Pieter Lastman and Adriaen van Nieulant.2 It is not out of the question, moreover, that Van den Valckert worked in Denmark himself or, at the very least, supplied various Danish collectors with pictures [4-5].3 At one time the University of Copenhagen was home to Valckert’s Mocking of Christ (of 1620) [1-3],4 with a dedication by the king to the students. The old Gaunø collection still contains four allegorical depictions of medicine [6-9] which, according to a surmise of Madsen, may once have hung in the anatomic theatre of Amsterdam.5 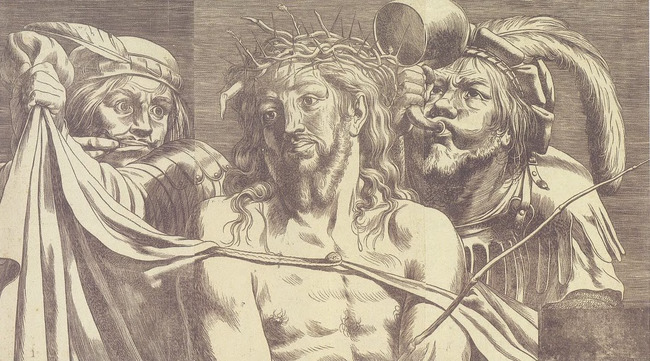 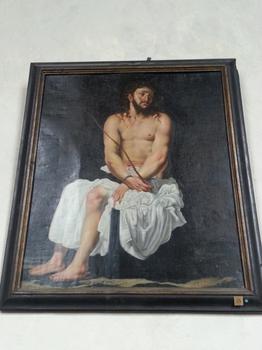 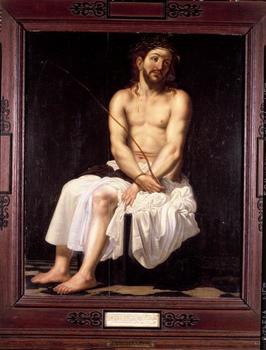 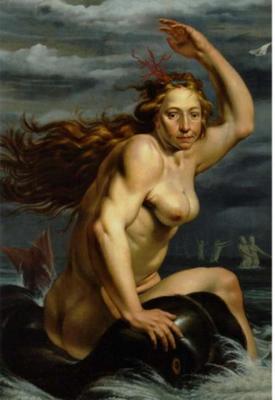 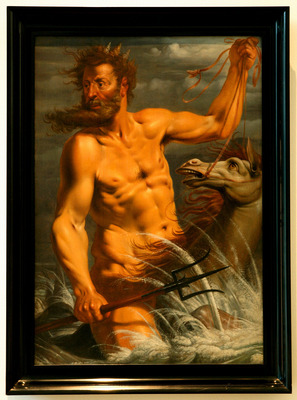 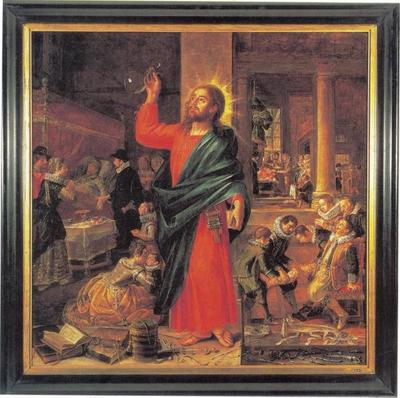 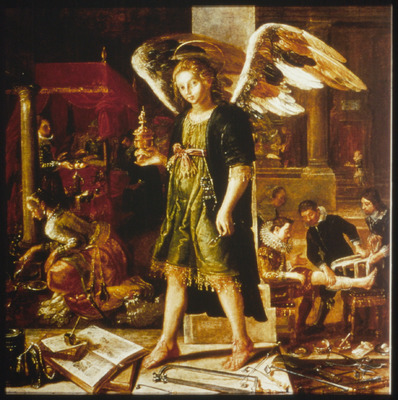 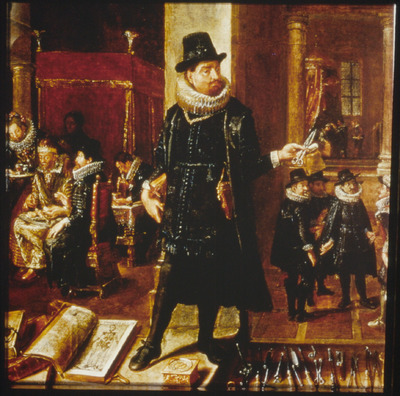 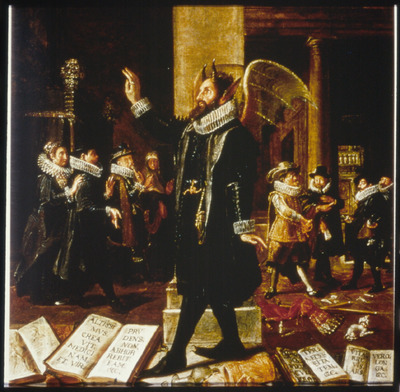 4 [Van Leeuwen 2015] Van den Valckert’s missing or lost work of 1620 was last spotted in 1811 in very poor condition in the University Library in Copenhagen (Van Thiel 1978, pp. 23-29, Van Thiel 1983, pp. 182-183, no. 27). The work must have triggered Christian IV’s imagination, leading to a ‘vision’ that he had on 8 December 1625 (see also Johannsen 2007, p. 179, n. 33). A copy of the work was placed in the door of his study along with a small letter in his own handwriting: ‘This Image of the scorn and mockery suffered by Our Redeemer and Saviour, was revealed to me, while praying fervently to God on behalf of the distress of the whole Evangelical church, in the early morning of December 8 at Castle Rodenburg Anno 1.6.2.5 / Christian IV, by the Grace of God king of Denmark and Norway Ma: pro: S (?)’ (in translation). We encountered a second, larger copy of better quality in the Östra Ryds kyrka in Uppland (Sweden), which was presumably purloined by the Swedes. Additional copies were probably made. A primitive copy of the depiction, which appears to go back to a print, is located in Akershus Fortress in Oslo, complete with an explantory text and a reference to Christian IV (RKDimages 254304).

5 [Van Leeuwen 2015] The attribution to Werner van den Valckert originated with Hofstede de Groot, who visited Gaunø in the summer of 1900 (see foreword K. Madsen in Madsen 1914) and the annotation ‘W.v.V.’ in his desk copy of Lange 1876, p. 25 (RKD). Madsen took over this attribution in Madsen 1914, pp. 48-49, no. 1711. The series was auctioned in London in 1976 and was purchased by the Boerhave Museum in Leiden, where the attribution to Van den Valckert is questioned (Gogelein 1976). Van Thiel also rejected the attribution to Van den Valckert (Van Thiel 1983, p. 190, no. C). The auction of the Gaunø pictures in London 1976 was a great loss for the heritage of Denmark. Probably a huge part of the paintings came from the old Copenhagen Castle. They were acquired by count Otto Thott in the 1730s. The provenance of the paintings was unknown in 1976 (communication Steffen Heiberg, February 2015).