This summary has not exhausted the host of Dutch painters who worked for Christian IV, because shipments of pictures from the Dutch Republic did not cease after the death of Pieter Isaacsz. We read, for instance, that Dunkirk pirates captured Engel Rooswijk [1] while he was on a shopping trip to the Dutch Republic.1 Christian IV went to some trouble to have him released, especially because the artist carried with him an impressive amount in royal funds that he was intended to use for the purchase of art works in Amsterdam.2

Cornelis de Bie already tells us that Adriaen van de Venne is to have painted an allegory on Christian IV as founder of Peace. The picture has come down to us and is today in Rosenborg Castle [2]. In it Sophie Amalie von Schleswig Holstein [read: Sophie Amalie of Brunswick-Lüneburg] makes her appearance as ‘Saint Cecilia’ [3] .3 As the picture is dated 1643, it cannot celebrate the Peace of Westphalia, as has often been assumed.4

One Jacob Oelevelt (Magnus) of Copenhagen, who was apprenticed to Jacob Vosmaer in Delft, belongs to the as yet to be identified artists of this time. In 1636 Oelevelt still owed his teacher money for instruction and paintings purchased. The delinquent debtor had been threatened with legal action back in 1624, but to all appearances it had met with no success.5 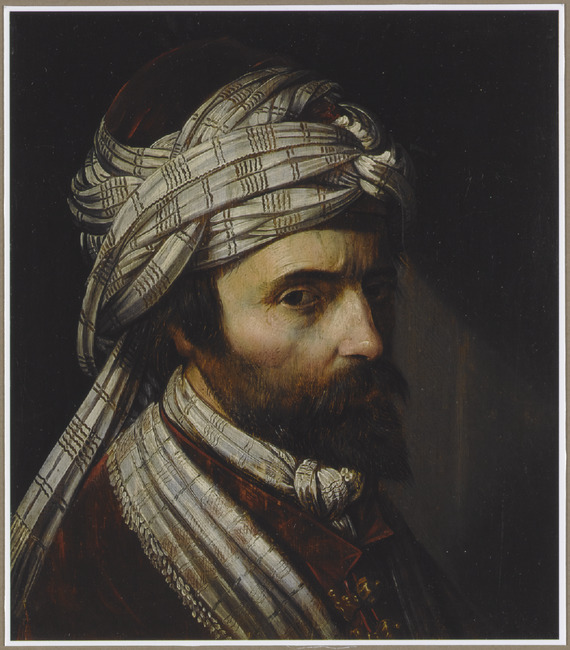 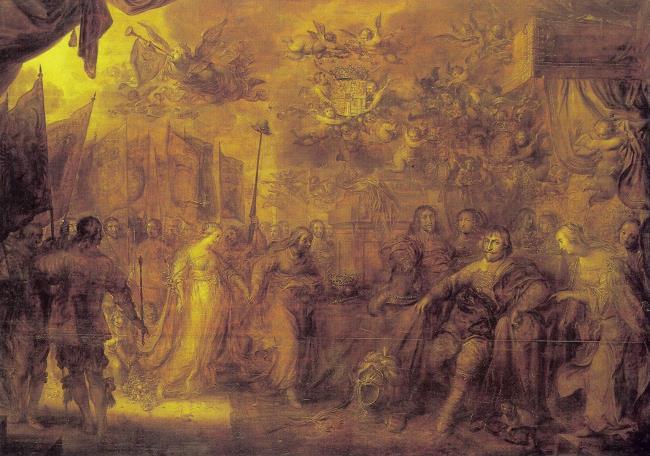 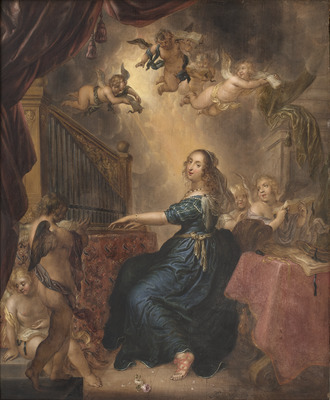 1 [Van Leeuwen 2015] Gerson writes ‘Rooswinkel’ instead of ‘Rooswijk’, no doubt a typographic error after his text about Morten van Steenwin(c)kel. According to tradition, Gerson’s wife typed out the text of the book at breakneck speed.

3 [Van Leeuwen 2015] A few matters are mixed up in this sentence. There is a second painting by Van de Venne in Denmark (private collection) which depicts Saint Cecilia. The young woman diagonally behind Christian IV in the painting at Rosenborg is Sophie Amalie of Brunswick-Lüneburg (1628-1685), who had married Prince Frederick on 1 October 1643.