3.1 Relations with Flemish Artists in the 16th Century

On 1 June 1514 King Christian II of Denmark, the last monarch of the Union (Norway-Sweden-Denmark), sent a letter to the toll official in Helsingør asking about the artist ‘Mester Mechil’. He received a reply the same day that the artist, who came from Reval (Tallinn), was already on his way to Copenhagen. This Mester Mechil was the painter Michiel Sittow (1468/69-1525/26), who was trained in Bruges. By then he already had an eminent international career to his name and had been employed for diplomatic missions by his aristocratic patrons in Spain and the Netherlands.1 In Copenhagen in 1515 he painted the Portrait of King Christian II [1], probably a wedding gift for his wife-to-be Elizabeth, formerly Isabella, daughter of Philip I and Joanna the Mad. He was the first eminent Netherlandish painter to work in Denmark, albeit for a short period. After Christian II’s flight to the Netherlands in 1523, some considerable time was to pass – due to political unrest and the transition to the Augsburg Confession – before this trend was to be continued.2 While in the Netherlands, Christian II did have portraits made of his children by Jan Gossaert (1478-1532) [2]. 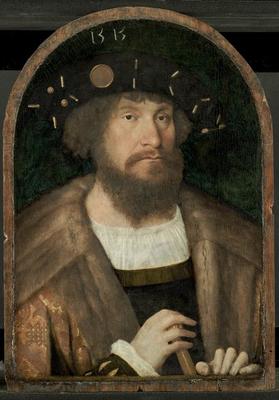 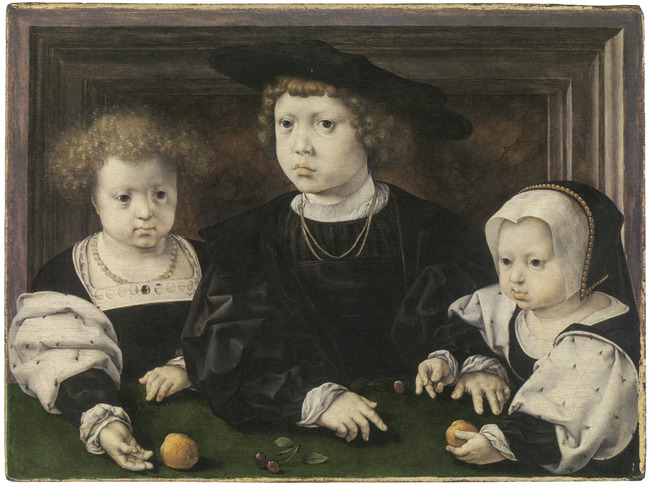 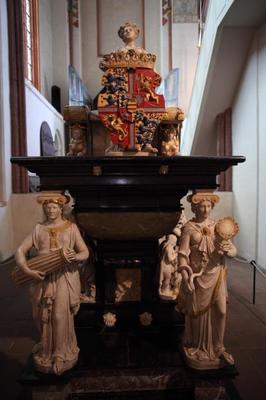 We know that Christian III (1503-1559) acquired portraits, history pieces and works with representations of naturalia.3 From 1535, the most important artist working for Christian III was Jacob Binck (1485-1568/9), who came from Cologne. Binck was probably sought after because he was skilled in all fields of art. He advised on the construction of fortifications, he carved seals, designed medals and acted as an agent arranging commissions for artworks abroad, including the famous Funerary monument of Frederick I by Cornelis Floris II (produced in Antwerp 1551-1555) for the Cathedral in Schleswig [3].4 There were some periods when he was seconded to allied monarchs. In any event, between 1548 and 1550 he was permanently in Denmark. For most of this time he lived in Königsberg (Kaliningrad), where he also died. With some degree of certainty the miniature with the Portrait of Dorothea of Prussia in Frederiksborg Castle can be attributed to Binck [4]. After the death of Christian III, his widow, Dorothea, settled at Sønderborg Castle, where she had the first Danish royal chapel built in renaissance style. Besides several other Netherlandish artworks, including the baptismal font by Cornelis Floris, probably dating from 1557 [5], the chapel also contains an altar piece attributed to Frans Floris I that must have been made in Antwerp around 1560 [6].5 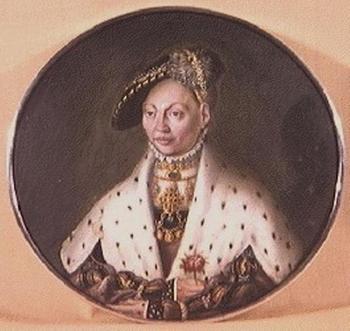 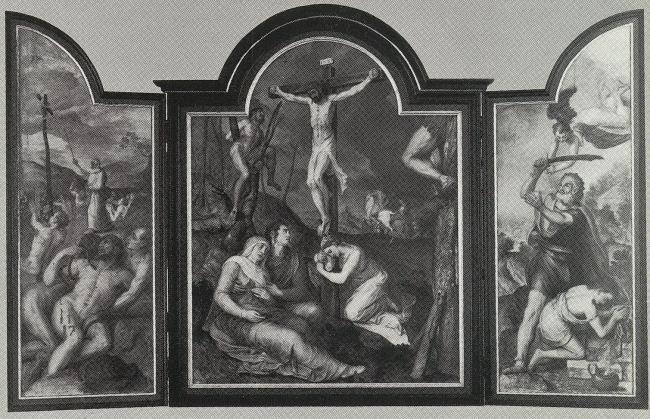 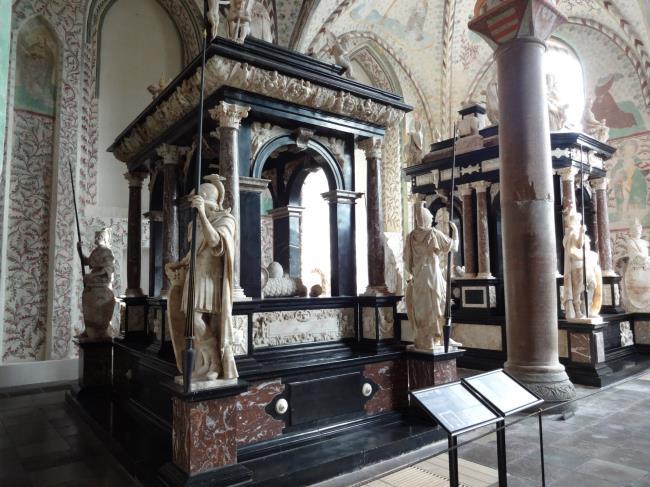 Following in the footsteps of his father, Frederick II had a free-standing funerary monument designed by Cornelis Floris in Antwerp (1569), that was not completed until after Floris’s death. It arrived in Denmark in sections in 1578, where it was reconstructed in the Holy Three Kings chapel in the Cathedral of Roskilde, finally being completed in 1580 [7]. A design sketch showing a tomb that in terms of dimensions and iconographical programme differs considerably from the work as it was finally executed, signed and dated ‘1574 februis C.F.’, can be seen in the Kobberstiksamling at the Statens Museum for Kunst [8].6 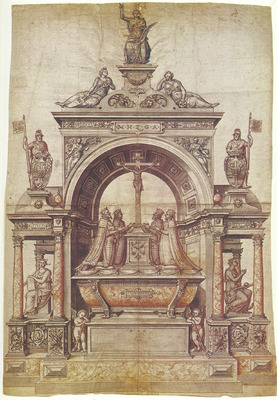