In order to escape the narrow streets of Copenhagen with its approximately 25,000 inhabitants, Christian IV bought large areas of private land outside the city's north-eastern ramparts in February 1606.1 Some plots he consolidated into a pleasure garden – today called The King's Garden, a vibrant leisure park in the centre of the Danish capital. He also had several smaller pavilions and arbours constructed there in 1607-1608, one of which, the Blue Pavilion, still exists today, albeit in a strongly modified, late 18th-century form and now known as the Hercules Pavilion.2 A large house, called ‘that large arbour', was developed in the years up to 1634 into today’s Rosenborg Castle. It was a two-story brick building with a turret and spire on the south-west side and bay windows to the north-east. The first construction was completed in 1607, while a gate tower was added at the north side in 1610. This modest house formed the nucleus of the southern half of the present Rosenborg Castle. After the victorious conclusion of the Kalmar War in 1613, Christian IV continued to his extensive building activities. The building was extended to the north, doubling its size, including two bay windows at each gable on the first floor and a turret in the central axis. The pleasure house was now ready for occupancy.

Christian IV was engaged in several amorous adventures while building Rosenborg Castle, which may have had an influence on the decoration of his beloved ‘house in the garden’. He started a relationship with Kirsten Madsdatter (†1613), who was probably the daughter of the mayor of Copenhagen and gave birth to a son in 1611. When Christian’s Queen Anna Catharina of Brandenburg [1] died in 1612, the King found solace in the arms of another woman, named Karen Andersdatter (†1673), the daughter of a clerk at the shipbuilding yard at the Bremerholm in Copenhagen. At the same time the King fell passionately in love with the 17-year-old Kirsten Munk (1598-1630) [2], a girl from a distinguished noble family. She put the King's head in such a turmoil that he formally proposed to her via a letter to her mother, Ellen Marsvin (1572-1649) [3] in March 1615. In November of the same year came the positive response from Kirsten, so that Christian IV on the last day of the year could note in his diary that the virgin Kirsten Munk was to become his second spouse.3 It so happened that the planets Mars and Venus stood in conjunction twice during 1615, which made it imperative for Christian IV to be married before the end of that year.4

During the construction of the new so-called Winter Room, Christian IV provided it with wooden pipes in the floor, which allowed the royal orchestra to play ‘hidden’ music from the basement directly below. The openings in the floor were usually covered with furniture. As is stated in several diary entries, Christian received his guests with music, but they were not able to see the musicians [4]. The acoustic channels lay forgotten for several centuries and were only rediscovered during a restoration in the autumn of 2004.5

From 1616 until 1624, a third floor was added, the so-called Long Hall in the full length of the castle with three tall, slim towers with spires. The Long Hall was decorated with 24 large paintings depicting the Seven Ages of Man.6 A large terrace was constructed on top of the roof, which enabled grand vistas towards the entrance of the Copenhagen harbour and across the Sound to the Danish province Skåne (now part of Sweden).7 By now, Christian IV named his pleasure house Rosenborg: the ‘Castle of Roses’.8 The building almost reached the last stage of its completion in 1633 [5].9 The royal architect Hans van Steenwinckel II (1587-1639)10 replaced the tower with the staircase on the east facade by a larger one and added two exterior staircases to the first floor in 1634 on the occasion of the wedding between the Prince-Elect Christian of Denmark and Magdalena Sibylla of Saxony (known in Denmark as ‘Det store Bilager’).11 Now Rosenborg Castle had found its final shape as a tight, closed and well-proportioned building, constructed in red brick interspersed with bands, window pediments and corner ornaments of ochre sandstone. With its ‘Dutch’ gables with flowing curves and its towers adorned with spires, it represents a unique example of the Nordic Renaissance. The castle was surrounded by a moat and the main entrance was on the north side with a drawbridge. It became the favourite residence of Christian IV while he was in Copenhagen, and it was there that he died in 1648 [6]. 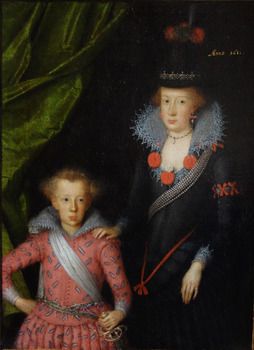 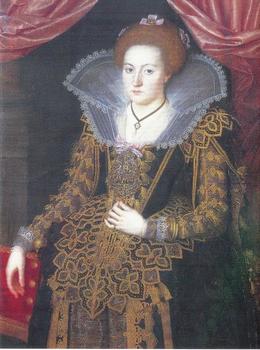 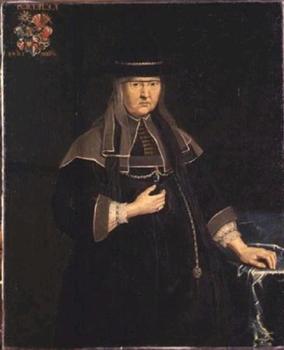 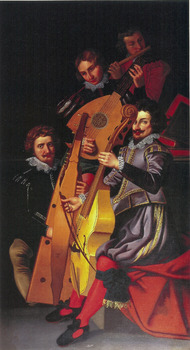 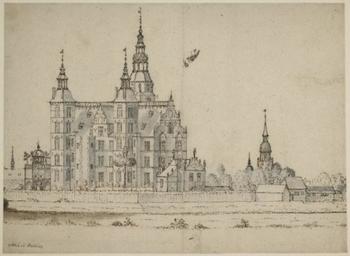 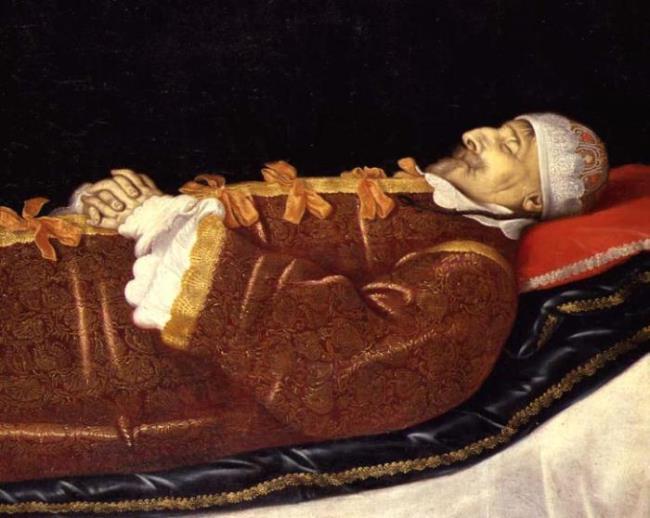 7 Bering Liisberg 1914, p. 90 and illustration of a drawn (1658) prospect of Rosenborg with the balustrade on the rooftop.

9 The drawing in the British Museum shows the building just before the main tower and the exterior towers were finished. Note the open gallery at the roof top.

11 Wade 1996. De Thurah 1747-1747, vol. 2, depicts the east facade of Rosenborg Palace with its staircase still intact. Regrettably, in 1758 this staircase was demolished as part of an external restoration by Lauritz de Thurah (1706-1759). Due to the rebuilding of the north wall in 1758, whereby the hanging bay windows on the first and second floors were supported all the way down, new bay windows were established on either side of the fireplace in the Winter Room.