4.2 The Studiolo - Ceiling and Wainscot

At the north end of the ground-floor Christian IV established his private quarters, comprising a bedroom, a living room called the Winter Room and a small Writing Room or Studiolo , which only can be entered through an invisible door in the Winter Room. It is a small cabinet with paintings laid into the low wainscoting as they were conceived in 1616-1620. Christian IV had his writing chamber lavishly decorated with grotesques and ornamental arabesques. He was familiar with this idiom from his childhood. The large series of 43 Flemish tapestries that his father Frederick II commissioned by Hans Knieper (†1587) [1] in 1581-1585 display in their borders an elaborate use of this particular form of decoration. The upper-tier was probably decorated with gilded leather wall hangings. 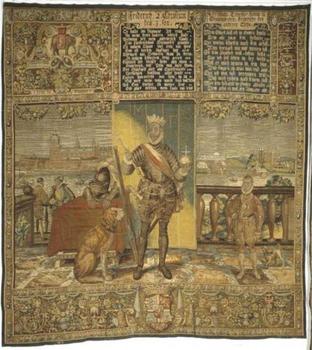 The richly carved, panelled ceiling contains six small paintings. The central decoration shows Angelica and Medoro carving their initials in a tree [2], a subject from Ludovico Ariosto's Orlando Furioso.1 There is uncertainty about the identity of the painter of this work; it has been attributed to Frantz Klein (1582-1658) and hypothetically to Søren Kiær (active 1609-1630); both painters had just returned from Italy in 1617.2 The composition is based on an engraving by Aegidius Sadeler (c. 1570-1629) [3] after a painting by Carlo Caliari (1570–1596), now in the National Gallery in Prague [4].3 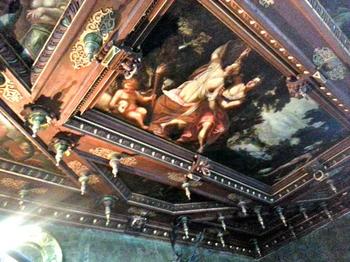 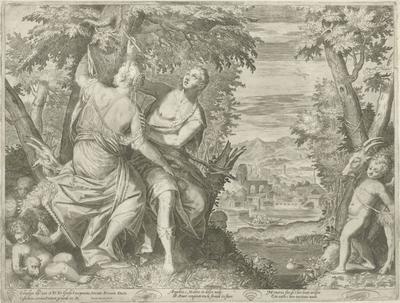 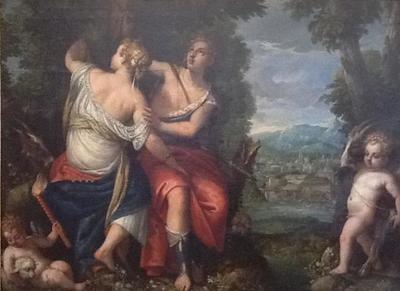 A series of paintings in the wainscoting show female busts as well as the Bust of a man [5]. Juliette Roding recently discovered that the latter was designed after a woodcut of Christoffel van Sichem I after a drawing by Hendrick Goltzius dated 1607, which once was thought to represent Count Otto Heinrich of Schwartzenberg [6-7].4 The female busts, some of which have an allegorical meaning (Hope, Faith and Love), seem to be based on prints as well, although no specific example has been identified yet [8-14]. 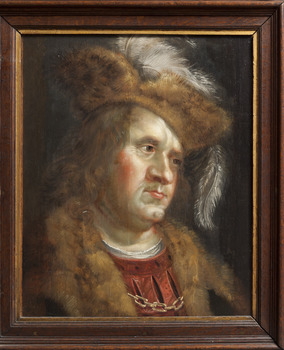 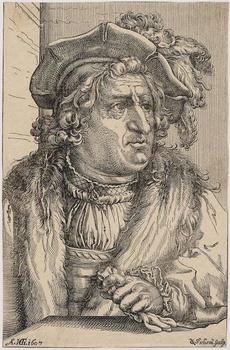 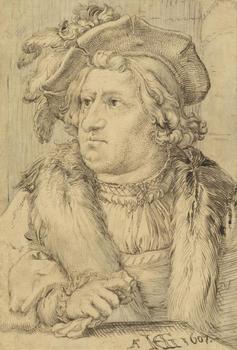 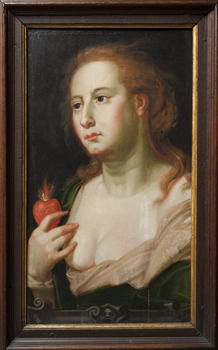 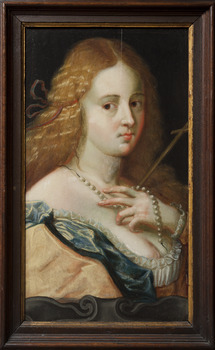 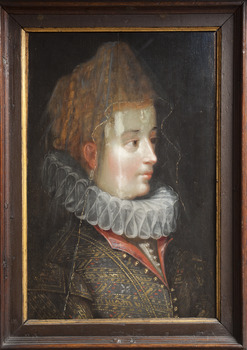 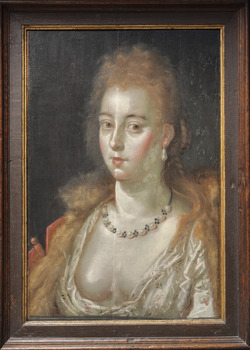 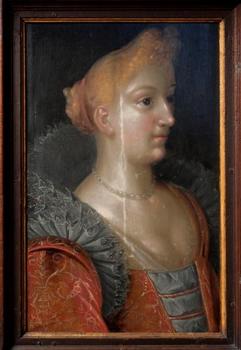 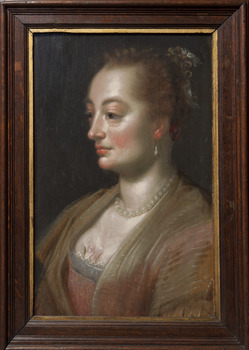 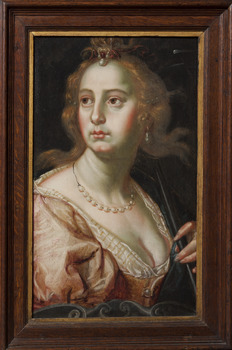 Furthermore we encounter painted dogs [15-16] and a human face constructed out of kitchen utensils, bearing the inscription ‘CVCINA’ and executed after a print after Giuseppe Arcimboldo (1527-1593) [17-18].5 The famous Italian painter worked in Vienna as a court painter to the emperors Maximilian II as well as to Rudolph II in Prague, where he painted a series of heads constructed out of plants, fruits, flowers and naturalia. Thanks to the frequent artistic contacts between these central European cities and Copenhagen, Christian IV was able to decorate his Studiolo in a similar fashion.6 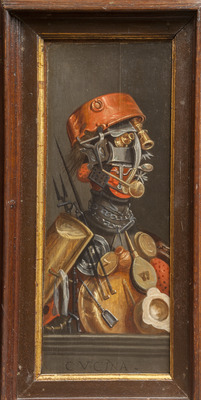 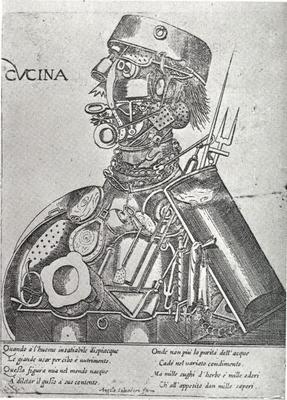 1 Littejohn 1992. Angelica was an Asian princess at the court of Charlemagne, who fell in love with the Saracen knight Medoro, and eloped with him to China. While in the original work, Orlando was the main character, many adaptations focused purely or mainly on the love between Angelica and Medoro, with the favorite scenes in paintings being Angelica nursing Medoro, and the lovers carving their names into a tree, a scene which was the theme of numerous paintings between 1577 and 1825.

3 I thank Ursula de Goede (RKD) for the information on the Caliari painting.

4 I thank Juliette Roding for this communication.

6 Designmuseum Danmark in Copenhagen possesses another version of the 'kitchen utensil' head made by Angelo Salvatori. Thomas DaCosta Kaufmann, Princeton University, suggested in an oral communication to the author that he believed it to be after a now disappeared painted original by Archimboldo.