Abraham Wuchters entered Danish art with a splendid full figure portrait of the king in 1638 [1]. Wuchters had come from Amsterdam, where the earliest record of him is a notice of marriage to the daughter of a Dutch merchant in Copenhagen in August 1635.1 Pleased with Wuchters’ capabilities, the king installed him as drawing teacher at Sorø Academy in 1639, to replace the deceased Reinhold Thim. Van Mander himself had -- at his own request -- been sent abroad in 1635 under the title of royal portrait painter with a bursary from the king to complete his training and develop his skills. He may have been the one who suggested Wuchters to go to Denmark. Before Wuchters went, however, Van Mander himself returned from his study tour in 1639. Wuchters, who might have filled Van Mander’s vacancy in a way that would have brought him closer to the king, and perhaps tried to do just that by painting his portrait as an introduction, thus missed the chance if ever it was there. Van Mander had, it appears, already established himself firmly enough to maintain his position, even when absent, and then returned just in time to cut Wuchters off.

Wuchters was thus almost immediately elevated to an important position, but he was at the same time assigned the second position, and would remain there until the death of Van Mander three decades later, affirming the structure of royal art patronage with a major, dominant centre in Copenhagen, centering on the King’s own painter, and a less prominent, peripheral one in Sorø. These centres did not only share the royal patronage, but also the patronage of the high nobility, and of the intelligentsia of Denmark at Sorø Academy and at Copenhagen University. This overlap would appear to allow for some degree of both competition and cooperation between Van Mander and Wuchters.2 Thus I will attempt to find some answers to the questions of their mutual relationship and positions in the field of Danish court and elite art of the 17th century.

A crucial question in this relationship is whether the pattern of their patronage, the changes it goes through, and the way they both appear to manoeuvre between often opposing sides of both domestic and international conflicts had any repercussions on their positions and possibilities during their careers. In a period where both domestic and international politics saw severe upheavals for Denmark, and the tumbling of many a strong man, how did these circumstances affect the careers of those in charge of the visual representations of power?

To return to the positions of the artists, Van Mander appears from his earliest career steps to be a versatile figure who was able to provide both portraits and allegorical paintings, history pieces, religious work and decorative series. Also he seems to have been a person who showed ease in dealings with other people and had literary and thus probably rhetorical skills.3 After the war disasters that had afflicted Denmark from 1625 to the early 1630s as a result of King Christian IV’s entering into the Thirty Years’ War in Germany, and the hiatus in the art production due to Pieter Isaacsz’ death and economic hardship, Van Mander could easily emerge as a perfect candidate to replace Isaacsz and resume courtly art production. When Wuchters came to Denmark, he was specialized in portraiture, and would remain so for the rest of his life, although he provided the church in Sorø with an altar piece around 1656 [2-3]. While there is no doubt about his talent, he could not fulfil the same demands in his position at Sorø that his predecessor Reinhold Thim could. Thim had primarily been a history painter, but did portraits as well. Wuchters was thus not to the same degree as Thim able to be part of a broader range of art projects which may have accentuated his more peripheral position.

In the 1640s, Van Mander painted for the King himself, for the Prince Elect [4], and for the most important men in the administration, such as the King’s son in law, the Lord High Steward Corfitz Ulfeldt (1606-1664), married to Christian IV’s favourite daughter, Leonora Christina (1621-1698) [5]. He painted full figure portraits for the diplomatic missions of Ulfeldt to England, and of the second important son-in-law, Hannibal Sehested, to Spain.4 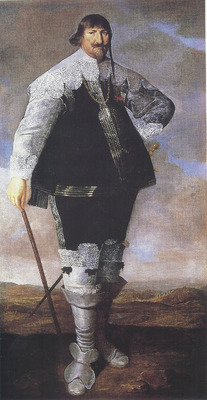 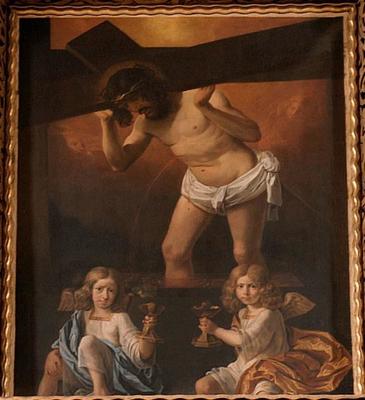 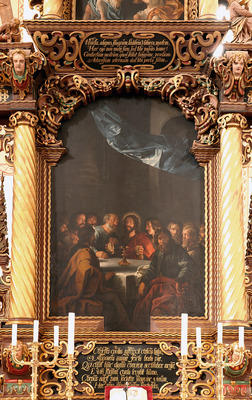 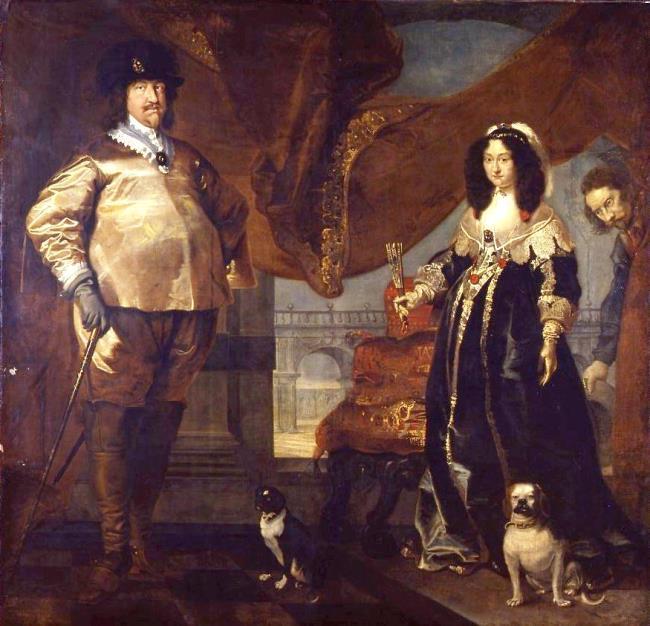 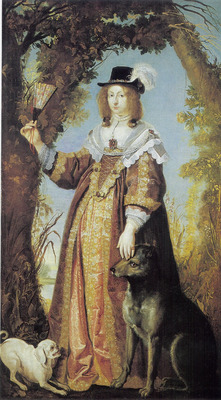 Wuchters at the same time, perhaps being too busy teaching the obligatory three hours a day, appears to have painted hardly any portraits of the King himself or the afore mentioned persons in the highest rank, but instead and by order of the king, he portrayed the younger son, Count Frederick [6] and his wife, Sophie Amalie,5 as well as some of the natural children of the King: Hans Ulrik [7] and Ulrik Christian [8], both given the name Gyldenløve (Golden Lion) to designate their high bastard birth. While he did have commissions from the royal house, he was confined to paint the lower rungs in the hierarchy. 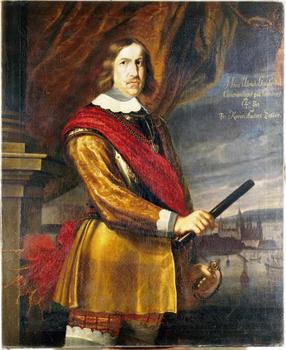 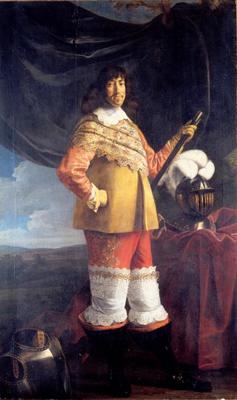 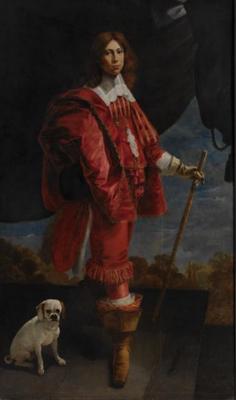 5 Madsen 1915A, pp. 171-172 quotes the letter from Christian IV to Count Frederick, then Prince-Bishop of Bremen, asking him to receive the painter well and allow him to paint the Duke and his wife. The pendant painting was lost in the fire of Frederiksborg Castle in 1859.