Even if Morell bought further paintings for the royal collection in subsequent years, it is only with his acquisitions of 1763 that pictures are documented by various lists by his hand. In his acquisition lists Morell himself specifies two provenances for a small part of his purchases, identifying them with the supplementary information ‘Valentin’ and ‘Lormier’. These may readily be related to the collections of Cardinal Valenti and the ‘gentleman dealer’ Willem Lormier (1682-1759). Both men deserve detailed consideration. Silvio Valenti (1690-1756) [1] was a scion of the Gonzaga dynasty in Mantua and had represented the Curia as papal nuntio in Brussels from 1730 to 1736 and then, in Rome, until 1739. Especially while in Brussels he seized the opportunity to acquire Dutch and Flemish art. After his return to Rome, the diplomat, who had in the meantime been decorated with Cardinal purple, became the secretary of state of Pope Benedict XIV. His villa in Rome housed not only his growing collection of paintings and library, but also became a meeting place for artists and scholars.1 After Valenti’s death in 1756, his nephew Cardinal Luigi Valenti Gonzaga inherited the greater part of the inventoried collection, which subsequently remained in Italy. In 1763, however, 300 of the 832 paintings were sold at two Amsterdam auctions.2 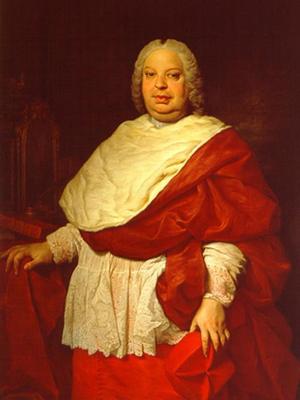 Both art dealers and agents for the great European collections acquired works on the two occasions. One of the buyers, among which the Amsterdam dealer Pierre Yver (1712-1787) stands out, was Gerhard Morell. His purchases have been documented at least twice, by his list of acquisitions and also by his annotated catalogue of the auction of 18 May 1763. At 659 fl. a Holy Family by Giulio Romano/Francesco Menzocchi was the most expensive item. Next, at 500 fl. each, came two paintings by Luca Giordano (now attributed to Paolo de Mattheis), Adam and Eve and Cain and Abel [2-3]. In order of the sale prices followed The Seven Works of Misericordia by Bartolomeo Schidone (210fl.) and a Matthew by Perino del Vaga (205fl.) [4] One step lower came Annibale Carracci‘s Baptism of Christ (85 fl.) and Andrea Mantegna‘s Christ (as Saviour) with Two Angels (51fl.) [5]. Still more reasonably priced was Parmigianino‘s Portrait of Lorenzo Cybo (26fl.) [6]. 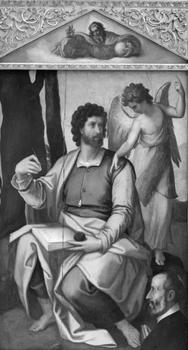 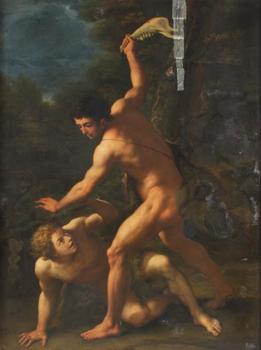 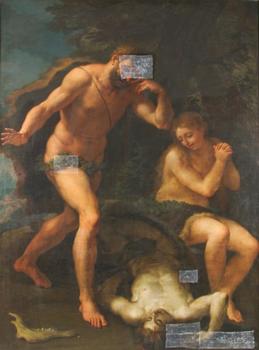 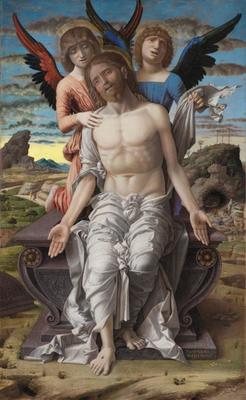 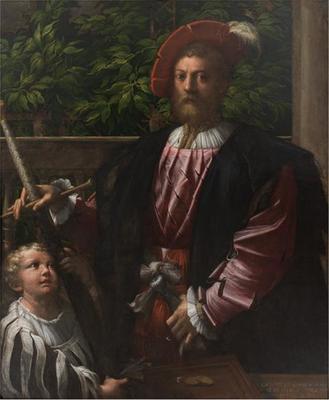 In 1763 Morell purchased another important work of the Italian Renaissance, namely Filippo Lippi‘s Laban with Rachel and Jacob, while in the Republic, in this instance in The Hague and from the renowned Lormier collection.3 Aside from this picture, the acquisitions were especially works by ‘newer’ Dutch masters of the late 17th and 18th centuries. The most expensive of these works, at 215fl., was Christ before Pilate by Arnold Houbraken [7]. At 105½fl. each followed Gerard Hoet’s Death of Dido [8] and Death of Antiochus (since identified as Alceste and Admet) [9]. Also from the Lormier collection are two portraits by Eglon van der Neer (now given to Van Mieris) of the artist and his wife for 81 fl. each as well as two genre pictures (Woman with Maid and Man with Maid) by Abraham van der Eyk for 21 fl. each [10-11]. With the exception of Houbraken, Morell had already acquired works by all of these painters of the so-called ‘silver age’ of Dutch painting for the royal collection. Because of the great publicity given to this collection by the three-volume catalogue by Gerard Hoet, the indications of price by Morell correspond closely to the known sales figures. 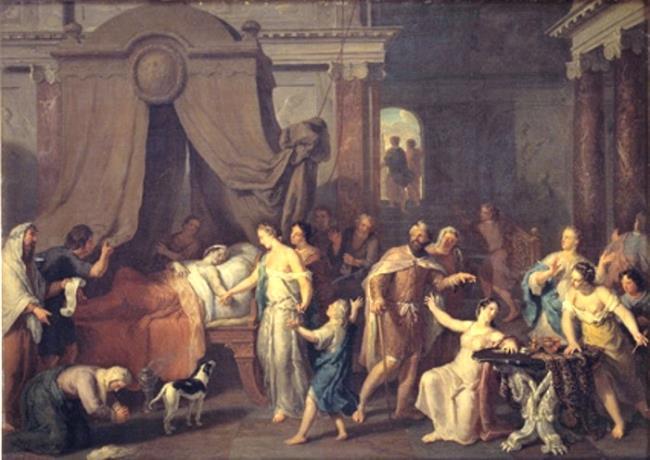 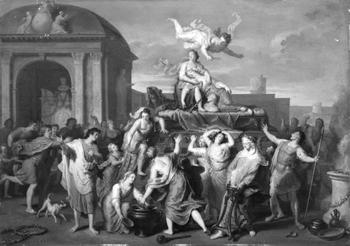 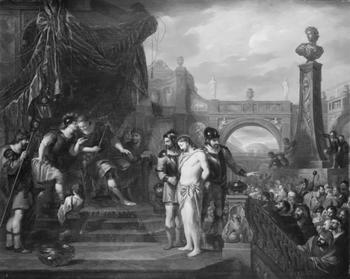 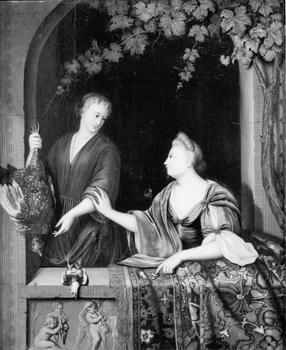 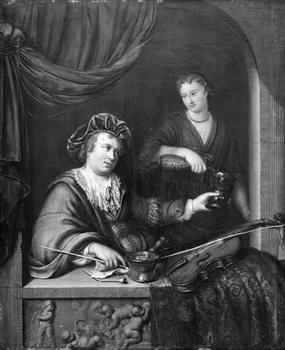 However, the prominent acquisitions from the Valenti Gonzaga and Willem Lormier collections only represented a small part of the pictures purchased by Morell in 1763. A further indication of provenance, ‘Snell’, leads to additional discoveries. Thus on 11 and 12 July 1763 the collection of Grand Pensionary Jacob Snels (1608-1654) of Gouda [12] was auctioned in The Hague together with supplementary pictures from the collection of Baron Nicolaus von Deneke von Nienlande (1709-1772) [13].4 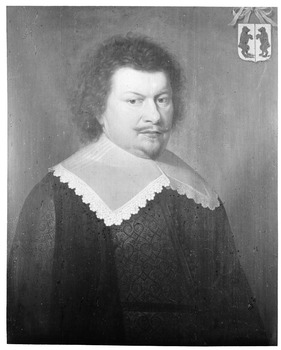 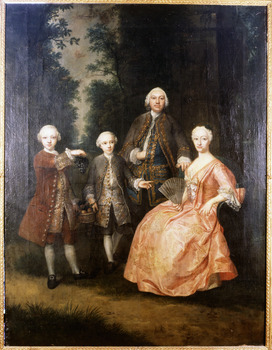 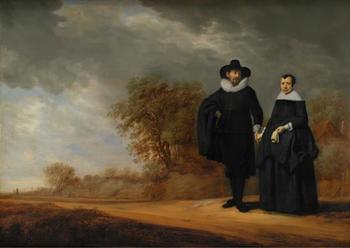 From 1762-1764 Morell diversified from purchasing further pictures. He also established the so-called New Gallery, besides the Kunstkammer and the decorated castle rooms. The expenses are documented in the administration concerning the construction, the installation, transportation and restoration of pictures, and arrangement of the rooms of the gallery. 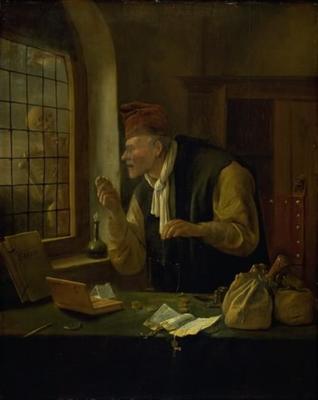 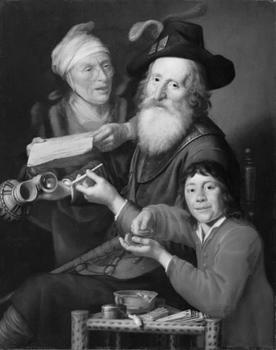 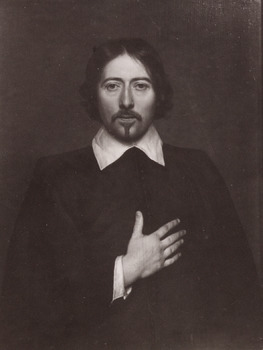 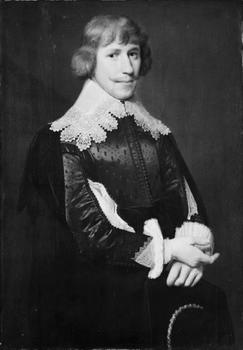 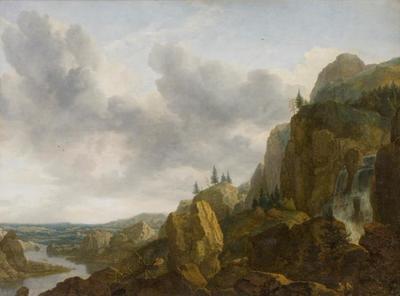