In his Studien zur Geschichte der holländischen Malerei, which was published in 1883, Wilhelm von Bode names several lesser-known artists who were influenced by Adam Elsheimer and who worked in the same style and tradition as Cornelis van Poelenburch (1594/95-1667), a Utrecht artist who was once highly esteemed, including by Rubens. That Von Bode did not include Toussaint Gelton (c. 1630-1680) must be because his work is scarcely known outside Scandinavia. He was the artist who most faithfully and precisely emulated Poelenburch’s elegant small paintings, in which ivory-white nymphs bathe or recline in an idyllic Arcadia while longing for a mythological god or a man [1]. Such scenes were also popular fare with gentlemen here in Denmark. However, Gelton served them up without the titillating additions employed by other painters in this style, and the background landscapes are sometimes suffused with a poetic mood that is reminiscent of the romanticism of Elsheimer.

To this day many of Gelton’s paintings have been attributed to Poelenburch, whose signature C.P. has been applied over an erased T.G. on one of the works in question. But Gelton did not limit himself to depictions of Arcadian landscapes and mythological gods. He was able to supply his clients with refined, handsome and well-thought-out paintings in just about every possible genre. He did portraits of rulers, miniatures with hunting scenes, gouaches with Noah’s Arc – one of Roelant Savery’s favorite subjects – as well as deer in a forest and interiors with cardplaying and smoking farmers [2]. In his later years he was a great admirer of the graceful and patiently executed works of the Leiden School, including Gerrit Dou’s single figures in arched format and the light effects of Godfried Schalcken. He was able to imitate such pictures just as proficiently as he did the works of Poelenburch. He also rendered religious themes, such as The Crucifixion [3] and the Penitent Magdalene [4], and depicted Tobias and the Angel in two paintings [5-6]. One of these is based on a print by Hendrik Goudt after Elsheimer [7]. He also repeatedly painted Saint Anthony of Padua contemplating the blinding bliss of heaven from the dark of night. Can he have been a religious fanatic? 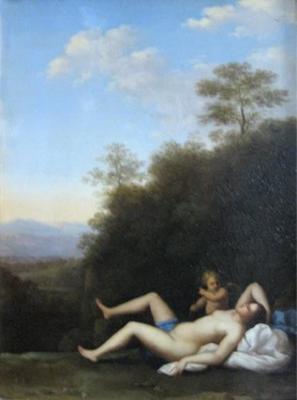 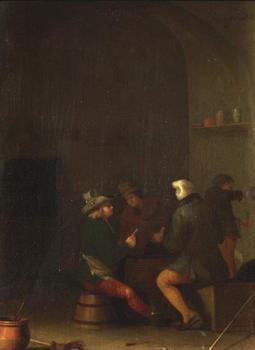 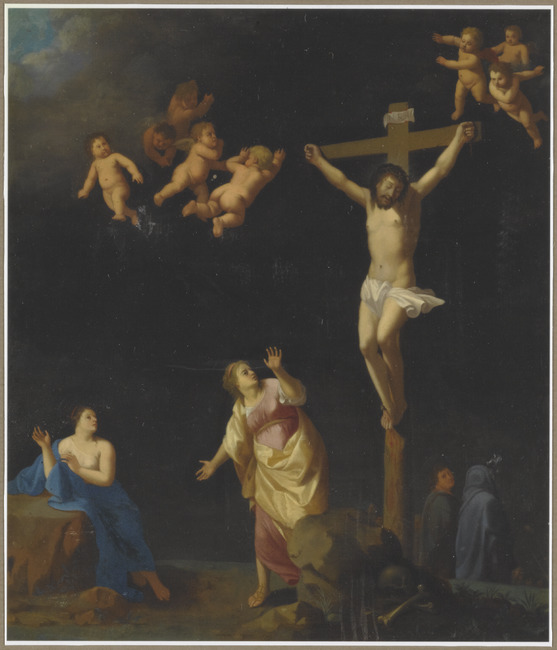 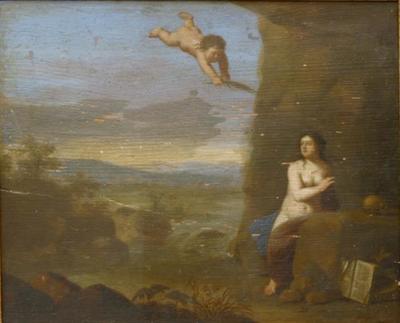 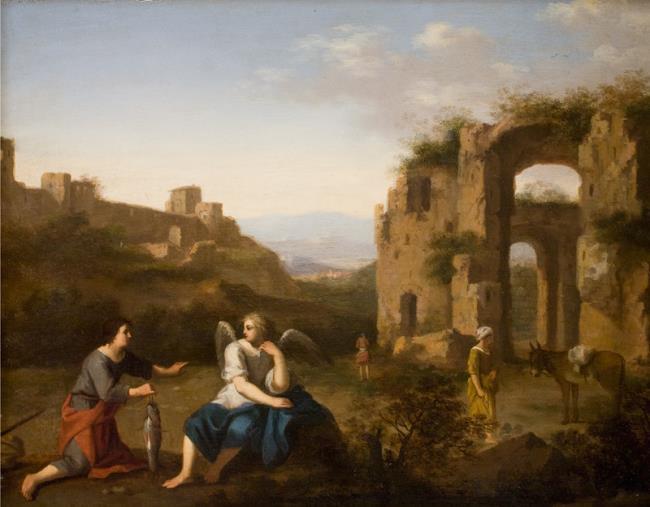 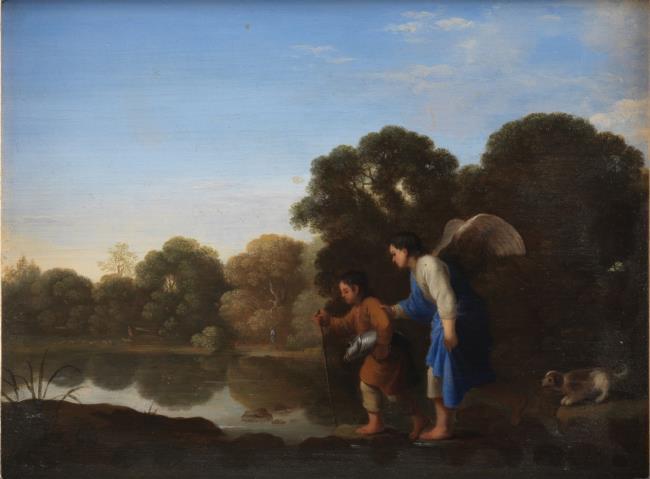 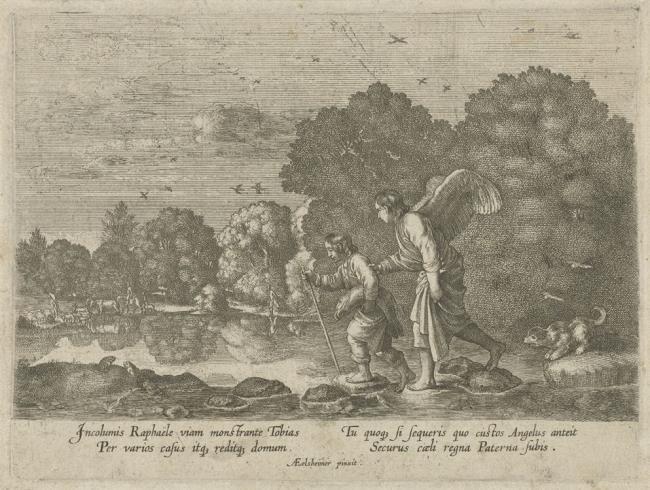 Until recently our knowledge of Gelton’s life was limited to a few dates. However, Gustav Rasmussen has now completed thorough research on both the artist’s oeuvre and his personal relations. Though Gelton may not be of enough interest to warrant a monograph, he was an important representative in both Denmark and Sweden of several currents of Dutch painting that were greatly appreciated back in the 17th century, and the purely biographical data constitute a valuable contribution to a better understanding of one of the most important chapters of Danish art history. At the same time these facts provide insight into the unusual personality of Gelton.

The Gallery owns one of Gelton’s best works: The Scholar and Death [8]. A bald man with grey beard sits worrying over a book supporting a skull, while Death silently enters the room through a back door. More than with the hermits of Dou, which constitute weaker repetitions of Rembrandt’s lonely scholars, and more than the amusing painting The Miser and Death by Jan Steen, Gelton’s pictures seem to have a strong emotional undercurrent. On the basis of information uncovered by Gustav Rasmussen concerning a connection between Gelton and Antoinette Bourignon, his Scholar and Death may safely be interpreted as a psychological portrait of the painter. 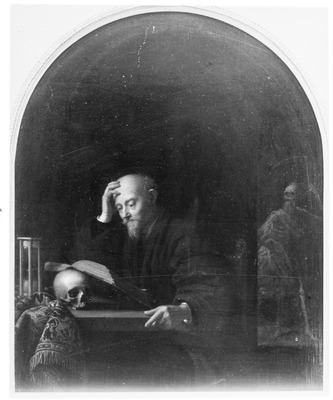