Nothing is known with certainty about the place of birth and origins of Gelton. Though he was registered in the painters’ guild of Amsterdam from 1655 to 1661 and in that of The Hague from 1656 to 1661, his name suggests that he hailed from a French instead of a Dutch family.

Of the four portraits preserved in Sweden that Gelton painted for Charles X Gustav, two (in the Nationalmuseum in Stockholm and at Sturefors) are signed and dated 1658 [1]. That is also true for the Portrait of Maria Eufrosina, the king’s sister, in the Nationalmuseum [2]. Although it is not certain that Gelton was already in Sweden in 1658, he was demonstrably there five years later. In February 1663 he received 216 dollars for some paintings (‘schilderier’) that he made for Chancellor Count Magnus Gabriel De la Gardie, the king’s brother-in-law. August Hahr1 believes that a picture of His Royal Majesty, Young Writing Man in the Nationalmuseum of Stockholm, which is dated ‘1663’, belongs to this group [3]. If so, it is unlikely that De la Gardie arranged for the work to be paid for by February, as Hahr conjectures, since it can hardly have been fully dry then. Other artists encountered difficulty collecting money that was owed to them, as is clear from a revealing letter by David Klöcker Ehrenstrahl. We further know about Gelton’s connection with Sweden that on 3 August 1666 he submitted a receipt for 60 rix-dollars to the Audit Office for three portraits (‘of the smaller type’) of Charles IX. The Swedish public and private collections contain many works by Gelton. With rare exceptions, such as a few genre pieces and a Christ on the Cross (at Vanås) [4], they are all portraits. 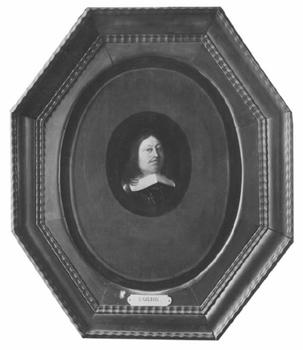 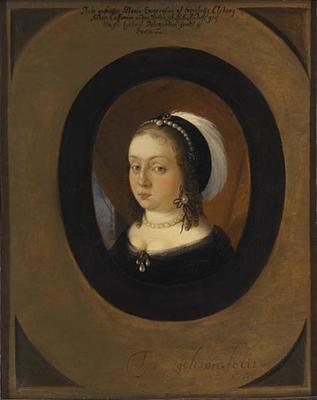 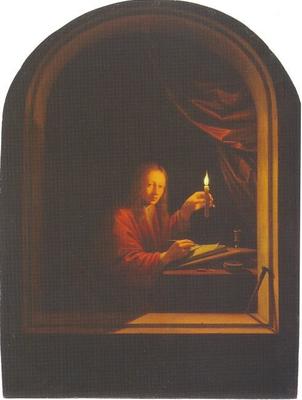 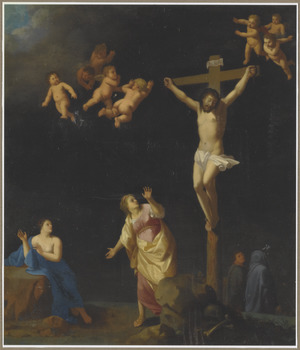 Although we don’t know for certain just how long Gelton lived and worked in Sweden – at least a few years by all appearances – he was certainly attached to the Danish court for seven years, in part as portraitist on a fixed salary but also, to a lesser degree, as art agent. He probably owed his contacts with the Danish royal family to Ulrik Frederik Gyldenløve [5], who must have ‘got to know’ the artist while on his Grand Tour to the Southern Netherlands, Spain and France.2 However, Gelton was presumably not ‘at once taken along’, as Niels Henrik Weinwich surmizes,3 given that the painter is known to have been in Sweden at the beginning of 1663. That another ten years passed after Gyldenløve’s repatriation before his protégé is known to have received major commissions, may be related to the fact that Gyldenløve was abroad during much of this time. 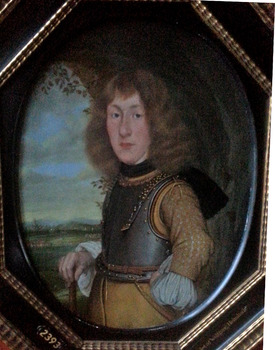