The broadly ranging theme of the present publication, the cultural exchange between the Netherlands and Denmark from 1500 to 1900, is even more expansive than the point of departure: Horst Gerson’s Ausbreitung und Nachwirkung der holländischen Malerei des 17. Jahrhunderts of 1942. This already ambitious study is primarily concerned with artists from the Republic who in the 17th and 18th centuries travelled to Denmark in search of work, and vice versa,with Danish artists who went to the Northern Netherlands to study there. In addition, the export of Dutch art to Denmark from 1600 to 1800 receives ample attention, which contributes to our understanding of Danish collection history of this art. That history is in turn conducive to an understanding of 18th- and 19th-century Danish artists who immersed themselves in Dutch art and addressed it in their work. In contrast to the original edition, the Gerson Digital series treats the art of the Southern Netherlands in connection with that of the Northern Netherlands. 1 In addition, it tackles a broader time span, not only 1600 to 1800 but 1500 to 1900. Though painting is emphasized, prints, drawings, tapestries and sculpture also receive some attention. It is precisely this wider contex that bestowes greater cohesion on Horst Gerson's original material, making its main lines more visible.

From Hanseatic times to around 1700 large groups of Dutchmen and Flemings settled in many locations in the Baltic territories to pursue their economic interests. Every year hundreds of Dutch ships sailed to the Baltic Sea. The king of Denmark, who controlled the Sound, was an important ally of the Amsterdam merchants. Artists and art works travelled by the same routes. But as Gerson already stated: ‘Imported art is always in large measure dependent on the taste, artistic ambition and means at the disposal of the ruling family’.2 There was increasing demand from the Danish court and the nobility for an ‘international’ art which gave expression to their growing power, and artists from the Low Countries, with their commercial spirit and networks, were skillful at meeting that demand. Large commissions and orders like those from the Danish court were rare in the Netherlands, which for a long time had almost no court culture. That is why a large-scale commission from the Danish court for a series of episodes from Danish history came to be carried out by well-known artists from Amsterdam and Utrecht.3 Such commissions yielded a type of art that is rarely encountered in The Netherlands. 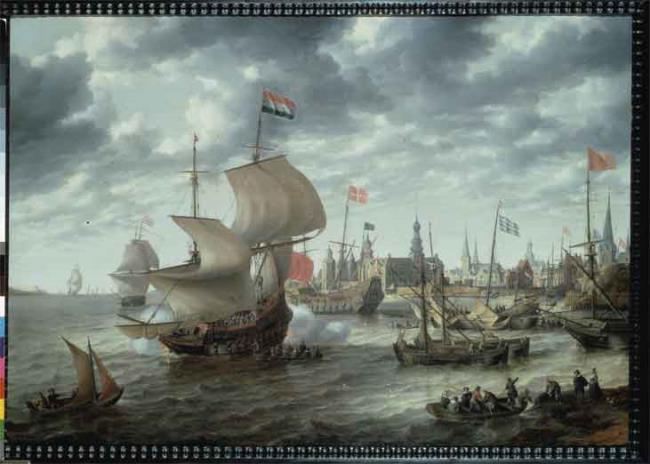 Does this mean that it was primarily the Dutch more than the Germans, French or Italians who – directly or indirectly – contributed to the Danish cultural heritage of the 16th and 17th centuries.4 That does indeed appear to be the case, especially with respect to architecture, sculpture and painting. However, the precious objects in the treasury of Rosenborg Castle were primarily made by German artists.5 Nevertheless Italian art was especially highly esteemed at the Danish court, and Danish artists, or ones active there, were often sent to Italy on a royal stipend or else undertook the journey south on their own initiative. There was also a clear preference for paintings by Dutch and Dutch-trained artists who had been to Italy and who could present themselves as artists of international allure.6

Although French courtly culture gained predominance in Denmark around 1700, interest in the Old Netherlandish masters did not disappear. In the 18th and 19th centuries much art of the Dutch and Flemish Golden Age was still collected by the Danish court as well as by the aristocracy and wealthy burghers, as was also the case in other European countries.7 Interest was not in large scale court art but in cabinet pieces. Initially these were still primarily acquired in Amsterdam, which was the center of the European art trade until it shifted to Paris at the end of the 18th century.8 Even the Italian paintings that were purchased for Danish collections came from Amsterdam auctions.9 The 18th- and 19th- century Danish artists who studied earlier painting therefore encountered large quantities of Dutch art in Danish collections. They also came into contact with Dutch painting via multiple contacts with the Düsseldorfer Malerschule, and they travelled to the Netherlands to study Dutch art at its sources.

Although the present publication has gone beyond what Gerson was able to achieve in his time, various desiderata for further research into the cultural exchange between the Netherlands and Denmark for the period from 1500 to 1900 still remain. For instance, there are many private collections in Denmark with paintings that have scarcely been studied by art historians. Familiarity with works in these collections would shed further light on the production of painters such as Heinrich Dittmers, Reinhold Thim and Søren Kiær, but also of the better-known Pieter Isaacsz, his son Issac Isaacsz, Karel van Mander III and Abraham Wuchters. The attributions of many works in Danish collections are unreliable because we have too few monographic studies of Dutch and Flemish artists active in Denmark and of Danish artists trained in the Low Countries. In addition much remains to be done in the area of Danish collection history and little has been written about collections such as those of Johan Christian Bodendick (1735-1818) and Consul Hans West (1758-1811). Fortunately new articles can be added to the present publication in the future. The data in RKD Explore will also continue to expand.

For historians of Dutch and Flemish art of the Golden Age, this shared Danish-Netherlandish heritage is virtually unknown.10 Visual material has thus far been published only piecemeal and is often difficult to come by. Collection catalogues are summary and dated, whereas survey works, monographs and articles have, with few commendable exceptions, come out only in Danish. The present digital publication of the RKD, which is lavishly illustrated, will therefore turn out to be an eye opener for both Dutch and Danish researchers, as well as for those interested in culture in a broader sense. It becomes evident that the cultural connections between the Netherlands and Denmark were much stronger back then than now, despite current rapid travel, easier communication and European unification. 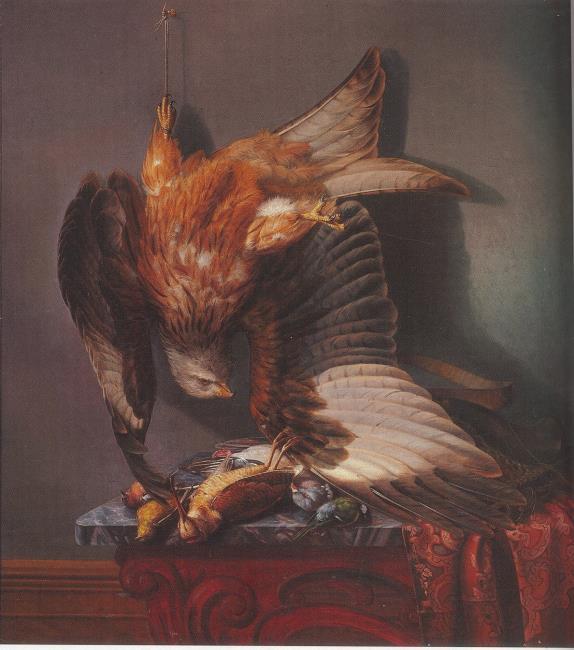 4 This and other questions are asked and answered in the article of 2011 by Thomas DaCosta Kaufmann, ‘The European perspective’ (DaCosta Kaufmann 2011).

6 DaCosta Kaufmann describes 'the phenomenon by which […] Netherlanders stand in for Italians, and spread the Renaissance to other countries' (DaCosta Kaufmann 2011, p. 42).

10 This is in part a consequence of the prejudice that painting from the periphery of Europe is not worth studying. This prejudice is convincingly refuted in Białostocki 1989.